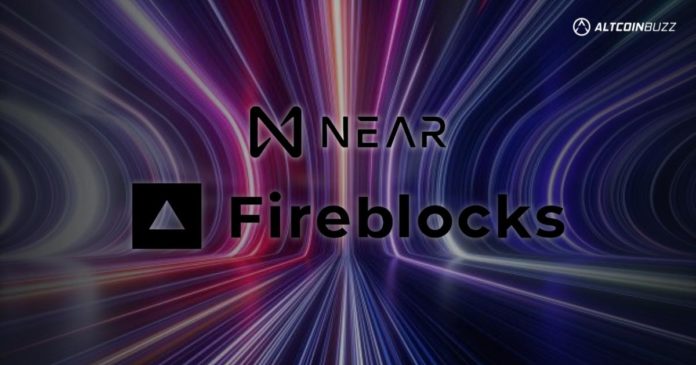 The NEAR Foundation has announced a partnership with crypto custody and settlement solutions provider Fireblocks.

On July 26, the NEAR Foundation announced that the partnership will allow more than 1,300 Fireblocks partners to access its ecosystem.

Furthermore, these partners include banks, hedge funds, and financial institutions. Fireblocks has ensured the safe transfer of more than $3 trillion, according to the announcement.

NEAR is a proof-of-stake blockchain that provides a high-throughput network for smart contracts and decentralized applications.

NEAR is proud to announce its new partnership with @FireblocksHQ — a leading provider of custody and settlement solutions for digital assets.💰

This will allow 1,300+ Fireblocks partners to access the NEAR Ecosystem and dApps built on #NEAR.

The partnership will enable institutional clients, including BNY Mellon and Credit Suisse, to access NEAR’s ecosystem. Some of those protocols on NEAR include Aurora, Ref.Finance, Octopus Network, and other dApps.

NEAR Foundation CEO Marieke Flament said that the ecosystem welcomes the many financial institutions that have “turned to Fireblocks as their trusted provider for digital assets custody and settlement solutions.”

Michael Shaulov, CEO of Fireblocks, said the institutional appetite for accessing DeFi across major blockchain ecosystems is only going to grow. He added that the new integration will enable Fireblocks to expand its network of supported blockchains. This means more access to DeFi and Web3 for its institutional clients.

Fireblocks offers enterprise-grade infrastructure for moving, storing, and issuing digital assets. The platform serves over 1,000 financial institutions and has secured over $2 trillion in digital assets. Fireblocks raised $550 million in a Series E funding round in January. This brought the company’s valuation to $8 billion.

According to DeFiLlama, there is $364 million in total value locked in the NEAR ecosystem. The Ref.Finance DEX is its largest platform with 70% of that total.

In June, NEAR became the first non-compatible EVM blockchain to integrate with Ethereum wallet MetaMask. Additionally, the NEAR community is gearing up for the “NEARCON” event in Portugal in September.

There are only a few days left for the Early Bird Special tickets for #NEARCON!

With over 2000+ attendees and almost 30 NEAR Ecosystem participants, it is going to be the biggest #NEAR event to date.

The network’s native token of the same name has jumped 10.5% on the day. As a result, it was trading at $4.12 at the time of writing. NEAR has gained around 24% over the past fortnight.

But like most altcoins, it is down 80% from its January all-time high of $20.44. Furthermore, the circulating supply of 747 million tokens gives it a market cap of $3 billion.

Fireblocks does not have a native token. 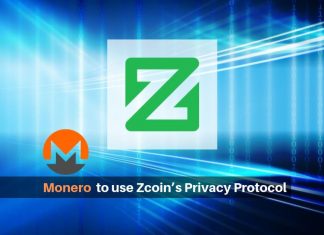 Deepika Garg - September 13, 2019 0
Focus on privacy pays off and Zcoin is unstoppable now. Zcoin had a lot to talk about at Invest: Asia 2019. Indisputably, Monero's interest in...