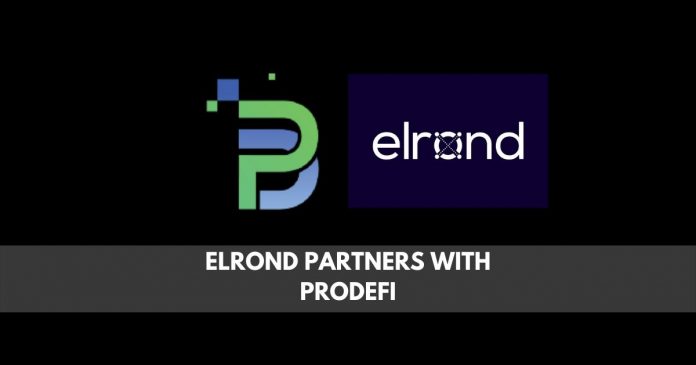 Blockchain architecture platform Elrond has announced a partnership with ProDefi.

The partnership with ProDefi is expected to facilitate the global adoption of Elrond while providing more use cases for the blockchain platform.

ProDefi is a hybrid financing solutions provider with plans to connect conventional finance and the Decentralized Finance (DeFi) ecosystem. Launched in Singapore, ProDefi sees traditional finance systems and the DeFi ecosystem as both beneficial to users worldwide. With this in mind, it aims to combine the best of worlds – DeFi and Centralized Finance (CeFi). Thereby exposing classical finance to the benefits embedded in blockchain and also ensuring more wider adoption of DeFi products.

Speaking on the announcement, CEO of Elrond, Beniamin Mincu, pointed out that ProDefi is best suited to link the old and new financial ecosystems. Adding that the entire Elrond team looks forward to supporting ProDefi.

Mincu also disclosed that DeFi will facilitate transformation in underdeveloped regions of the world. Using Africa as a case study, he further added that just like the continent bypassed landline and went right up to using mobile phones. There’s a high chance that upcoming economies could evade bureaucracy and instead go straight to adopting FinTech.

ProDefi serves as a payment layer for DeFi products on different chains. With ProDefi, users now have easy access to lending $BUSD by simply depositing ETH as collateral.

While most DeFi platforms boast of completely decentralized platforms, ProDefi notably employs a semi-centralized approach. Using this approach, the lending risk is drastically reduced as the platform makes use of conventional methods like KYC, credit risk bureaus, and even conventional judicial processes. ProDefi semi-centralized approach also makes it possible for traditional Peer-to-Peer (P2P) lending markets to enjoy the benefits of incorporating blockchain technology.

According to Co-Founder, James Hong, ProDefi is looking to partner with top blockchain leaders. Together they will improve scalability while ensuring better output.

Hong further added that working with Elrond will “allow us to better serve our users, especially those in emerging economies”. Furthermore, helping to “provide all the power and transparency of decentralized financial solutions, while still being able to maintain the speed and transactional volume of centralized architectures”.

Elrond is a blockchain architecture startup, designed to bring a 1000-fold growth in output and execution speed. Making use of the Adaptive State Sharding mechanism, and a Secure Proof of Stake (PoS) algorithm, the startup will enable fast and reliable consensus mechanism. With this in mind, Elrond allegedly boasts of being able to complete up to 10,000 transactions per second (TPS).

ProDeFi, on the other hand, is known for working to bridge the gap between traditional finance and the DeFi ecosystem.

According to an official blog post, its semi-decentralized approach “leverages on the transparency and security of decentralized architectures”. With continued backing from partners both in the blockchain space and conventional financial markets, the platform plans to lead the evolution to a completely decentralized ecosystem. 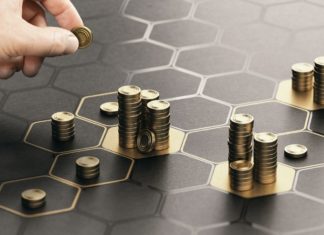 Why The Luna Foundation Is Adding Bitcoin To Its UST Reserve?

Racheal - February 24, 2022 0
According to the announcement, LUNA Foundation has recently raised a whopping $1 billion worth of Bitcoin to serve as a reserve for its fast-rising...

First NFTs on Each Blockchain!

The Chainalysis Crypto Adoption Report on Central and Southern Asia