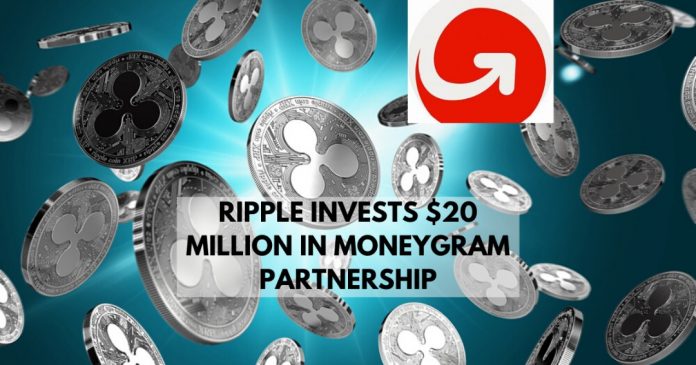 In accordance with its recent agreement with MoneyGram, Ripple has sent another $20 million to the money transfer platform.

This is according to a press release by MoneyGram, which is partners with Ripple.

This is definitely great news for the coin’s robust community. It shows that the XRP blockchain has a great support network and will definitely be in the crypto space for a long time.

To remind, Ripple initially made an investment of $30 million in MoneyGram this June. This investment has given them 9.95% ownership of MoneyGram. But on a more undiluted basis, it is placed at 15%. It was made at 4.10 dollars, which is equivalent to about 30% above the current market value of MoneyGram.

MoneyGram and Ripple will most likely benefit from this partnership. For Ripple, it serves as a means of assurance to its investors. It would boost their confidence in the company.

MoneyGram, on the other hand, will experience an increase in its operating volume. It would also help to improve Ripple’s liquidity product and expand its fund for cross-border payments.

Speaking on the investment, CEO of MoneyGram, Alex Holmes, explained that the partnership would help transform MoneyGram. It would also improve their digital asset arm. Adding that it would help them settle currencies within split seconds. Founder of Ripple, Brad Garlinghouse also revealed that this collaboration with MoneyGram is pivotal. He added that the partnership will enable cheaper and safer cross-border payment. And said that MoneyGram and Ripple will set the pace for others to follow.

We expect more such partnerships in the near future, as they will reveal how important digital assets are.

However, despite this investment, Ripple is not actually in its best shape. In the last six months, XRP has lost up to 40% of its value; in the last 48 hours, the loss was about 3% (press-time).

On a different note, Ripple recently launched a new outlet in Washington DC. 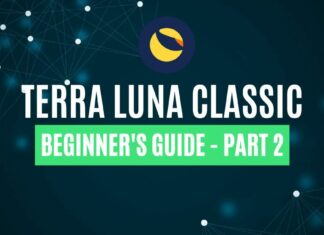 What Is Terra Luna Classic? Part 2