Thus, the oil company’s venture branch has become one of the twelve platform investors.

Under the terms of the deal, Vakt will use the Aramco Trading Company in its operations. And the greatest attention will be paid to Asian countries. Currently, the company specializes in serving participants in the North Sea crude oil market.

Richard James, Vakt CFO, said: “It is a proud moment to be able to count SAEV as one of our shareholders. This company is a part of the most profitable business in the world. It has a strong track record of investing in industry innovation. We were not proactively seeking further investors. However, we could not miss the chance to bring on-board a partner of this caliber, which is a tremendous show of faith in VAKT’s vision.”

Saudi Aramco made a record profit in 2018 — $ 111 billion with a total revenue of $ 355.9 billion. And at the end of last year, the company raised $ 25.6 billion during the largest IPO in the history of finance, the value of Saudi Aramco was around $ 1.7 trillion.

The Vakt platform was developed in 2017 by a consortium that includes oil giants BP, Shell, Equinor, and others. Initially, only these companies had access to the product. However,  others can now use it as well.

“VAKT has demonstrated that its platform has the potential to digitize what is currently a very manual process and be truly transformative to end-users and customers. VAKT has made a compelling pitch to become an integral part of market infrastructure. SAEV’s mission is to develop and deploy technologies into Aramco’s operations,” said Middelthon.

Besides Saudi Aramco, Vakt currently works with companies such as BP, Equinor, Shell and Reliance Industries. 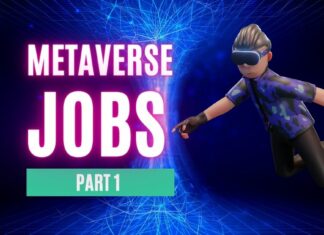 Camille Lemmens - November 10, 2022 0
The metaverse is under construction. Some metaverses are already in full functioning mode. On the other hand, many are building or don't even exist...

How to Stake Solana on Phantom