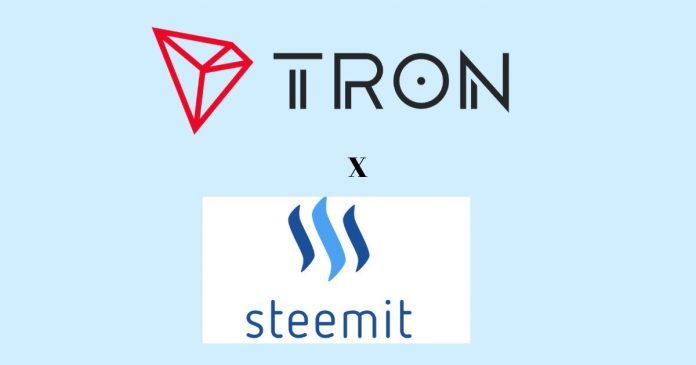 Tron is on a roll. This time the blockchain-based decentralized platform has partnered with Steemit.

This is according to a Medium blog post by Tron Foundation. Steemit is a blockchain-based social media and blogging platform. One that enables users to earn by simply creating or curating content.

From now on TRON and Steemit developers will work together to ensure smooth transmission of Steemit dApps to Tron blockchain. Ultimately the STEEM token will be swapped for a Tron based token.

Tron prides itself on providing a network that is fast, stable and scalable. A well-known name in the crypto space. The network is known to have partnered with several other tech giants in the crypto space. Like Samsung, Poloniex, Opera, DLive, etc. It currently boasts of over 20 million users alongside its products and services.

Steemit on the other hand also has a well-rounded platform with more than 1 million users majorly due to its large number of Dapps. Founded by Ned Scott and Dan Larimer in January 2016, it stands out in the blockchain sphere. Serving as a base for platforms like D.Tube (a YouTube alternative), APPICS etc.

About the Tron and Steemit partnership

Justin Sun disclosed that the TRON Foundation is thrilled to welcome Steemit to its platform. Also adding that “Together we will usher in a new era of decentralized social networking.” Sun is the Founder of TRON and CEO of BitTorrent.

It is important to note however that TRON made no investment in the blockchain social media platform. A representative of Steemit disclosed that the move to TRON was completely voluntary and not an acquisition. He said, “Steem chose to move to the Tron blockchain and the two will launch a joint accelerator to promote more development of the Steemit platform.”

Steemit and the TRON Foundation will pull together their resources to ensure the mutual enhancement of the blockchain platform. This partnership further affirms TRON as a leader in the decentralized technology industry.

This announcement closely follows the beta launch of the Voice on an EOSIO network.

To remind, TRON recently advised crypto enthusiasts to purchase his TRX token, also stating plainly that Tron TRX was the next big thing. This partnership with Steemit seems to further portray that the “hype king” might not have been creating a hype then. The blockchain platform also announced plans to launch a crypto-backed stablecoin. 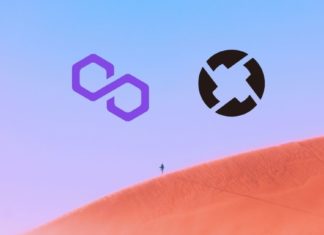 Daniel Abel - June 13, 2021 0
In a move to improve decentralized finance (DeFi) adoption, Polygon (formerly Matic) has allocated $7 million in MATIC to the 0x Community DAO to...