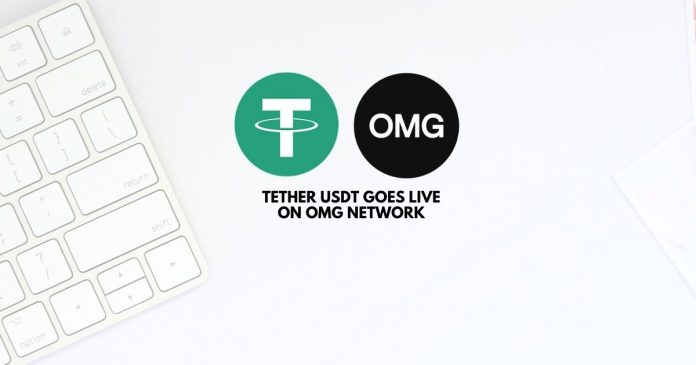 Tether has announced the successful integration of USDT stablecoin on the OMG Network amid a recent increase in demand for compact space on the world computer.

According to the announcement, Tether noted the launch on the OMG network would lead to an increase in speeds. As well as a reduction in transaction costs for USDT transfers. Tether is currently the number one source of transactions on the Ethereum network. And is also integrated on Algorand, Ethereum, EOS, Liquid Network, Omni, and Tron.

Notably, USDT owners will be able to tap the benefits of transacting on the OMG Network. This was created to reduce Ethereum congestion and gas costs with improved transaction speeds.

Paolo Ardoino, Tether CTO, in his statement, noted that the blockchain-enabled platform was committed to establishing innovation and developments that would make its service better for its users.

He further noted that the new integration to the OMG Network would save costs. And also drive performance improvements and relieve pressure on the root chain network.

Vansa Chatikavanij, CEO of OMG Network while expressing her excitement with Tether’s integration on the OMG Network noted it would address current fundamental issues of costs and speed.

She said the integration of USDT would also drive the further growth and adoption of open financial services.

OMG Network is a platform that enables peer-to-peer transactions in real-time by scaling the Ethereum network. The network previously OmiseGo, is a non-custodial, Layer-2 scaling solution for transferring value on Ethereum.

According to Chatikavanij, the OMG Network can handle thousands of transactions at a third of the cost of Ethereum as a Layer 2 solution for Ethereum that batches transactions before settlement.

Additionally, the network will also facilitate USDT deposits and withdrawals at Bitfinex. According to Ardoino, this will allow traders to react faster to trading opportunities and take advantage of arbitrage more efficiently.

Recently, Tether’s CEO announced that the firm was moving 8 percent of its total supply, from TRON to Ethereum blockchain.

He disclosed that digital currency exchange is willing to swap part of its Tethers from TRC20 to ERC20. With the chain swap, USDT’s supply on Ethereum will invariably increase to 8.5 billion, from 7.50 billion.

For more on Tether and other blockchain projects check out the Altcoin Buzz YouTube channel. 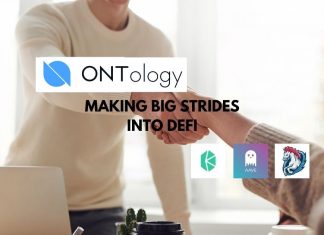 Ani - May 27, 2020 0
Ontology is on a partnership spree with top decentralized finance (DeFi) projects. They have now announced collaborations with Aave, 1inch, and Kyber, three of...