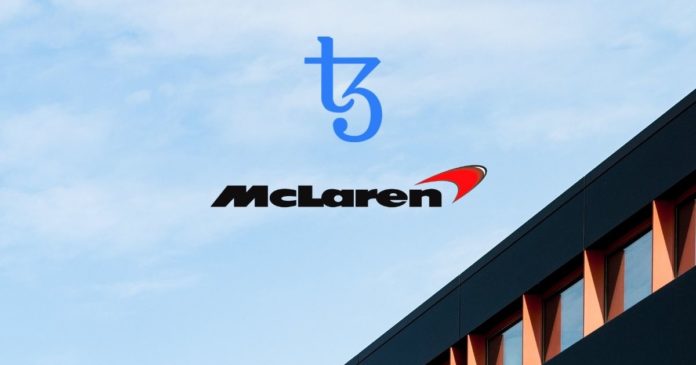 According to reports, the partnership with Tezos (XTZ) will open up McLaren to the world of Non-Fungible Tokens (NFTs). The British motor racing team McLaren Racing is looking to create an NFT platform; One that will be fan-centric, and contain a series of NFTs across F1, INDYCAR, and esports.

To achieve this, it has enlisted the support of the world’s arguably most advanced blockchain platform Tezos. Tezos is well-known for being energy-efficient, as well as having an upgradeable network.

More On The Partnership

In its official announcement, McLaren Racing disclosed that Tezos will be joining the team as an official technical partner in a multi-year partnership. The partnership is expected to include McLaren’s Formula 1, INDYCAR, and esports.

Tezos open-source blockchain is continuously evolving and designed to be self-upgradeable using its reliable on-chain network governance. McLaren, on the other hand, is focused on building a Non-Fungible Token (NFT) platform focused on ensuring its racing fans enjoy unparalleled, and top-notch NFT experience.

We are excited to welcome @Tezos, the world’s most advanced blockchain, as our Official Technical Partner. 🤝

McLaren will use the energy efficient and upgradeable Tezos network to create a series of non-fungible tokens (NFT) across F1, INDYCAR and esports.

Energy-Efficiency – A Goal For Tezos and McLaren

The NFT space is indeed innovative, however, it has faced serious criticism due to energy usage. Luckily, Tezos blockchain and McLaren Racing are both fans of environmental sustainability. Hence, their determination to embrace only clean NFTs on energy-efficient networks. This goal of been energy sustainable is brought on by the Tezos. Unlike most Proof-of-Work (PoW) blockchains, Tezos Proof-of-Stake (PoS) consensus mechanism stands as a more energy-efficient alternative. This results in Tezos activities utilizing generally cleaner energy with an almost inconsequential carbon footprint.

In line with the partnership, the Tezos brand will be added to the Formula 1 (F1), and Arrow McLaren SP (AMSP) teams. This will include the race suits of F1 drivers like Lando Norris and Daniel Riccardo. Interestingly, “Tezos will also be the presenting partner of the McLaren Shadow esports team.”

Hubertus Thonhauser, of Tezos Foundation, also spoke highly of the partnership. Revealing that “McLaren Racing has one of the longest and most illustrious legacies in racing.” He also added that the entire Tezos ecosystem was trilled by the partnership. 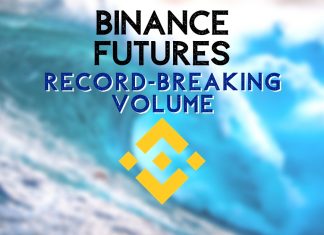 Is The Bitcoin Rainbow Chart Reliable?