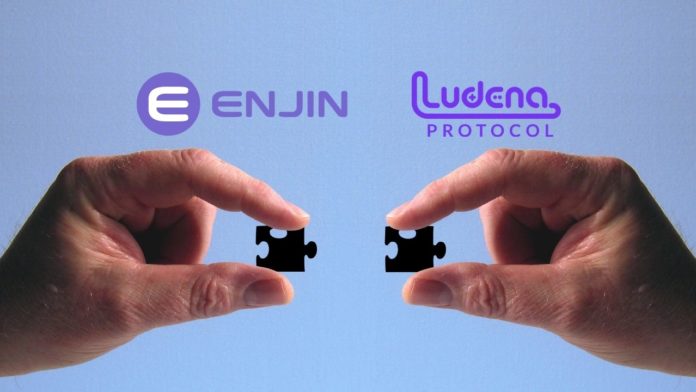 According to CoinGecko, the blockchain gaming sector has a market cap of USD 23.6 billion and a 24-hour trading volume of USD 4 billion. As a result, many games are coming up the screen every month, where Enjin leads the industry with 11% of the entire market cap.

To continue leading the market, one of Enjin’s main goals is to leverage its NFT technology and decentralized infrastructure in its launchpad, Enjinstarter. Therefore, they’ve partnered with Ludena, the largest play-to-earn social gaming platform in Korea, to drive massive NFT adoption via the Efinity platform. The Enjin-Ludena Partnership will focus on blockchain integration, monetization, and specialized marketing strategies.

On the other hand, it’s important to mention that Ludena enables its 3 million users to earn tokens and rewards through its GameTalkTalk social platform, with more than 200 industry partners.

Also, the COO of Ludena Protocol, Kenneth Lee, said: “We’ve chosen Enjin because of their powerful, eco-friendly tech stack and Efinity, which will connect all of our P2E games, beginning with the first release. In February 2022.”

Surprisingly, nowadays, Asia has more than half the world’s 3 billion gamers, according to the announcement.

More About the Enjin-Ludena Partnership

The announcement stated that the alliance is part of a broader initiative to introduce innovative technologies to Asia.

As a result, Ludena will have direct access to Enjin’s platform and Web 3 technology. The platform is used by over 70 game and app developers and NFT projects. Therefore, Enjin’s Adopter Program aims to bring eco-friendly NFTs to GameTalkTalk for Asian markets.

Finally, Ludena plans to launch staking incentives for its native LDN token though no timeframe was mentioned. Also, in October, Ludena partnered with the IOST network to further accelerate the NFT and P2E sectors of its ecosystem.

Together with @enjinstarter, we aim to introduce innovative technologies to the Asia Pacific games market, which accounts for half of the world’s 3B gamers 🎮

Note: Join the Enjin Adopter Program if you have a project interested in monetizing, marketing, and growing with this technology.

Enjin’s native coin, $ENJ, has taken a big hit with the market-wide crypto slump today. The token has retreated 11.9% to USD 2.80 at the time of writing this article.