The nOS LPS onboards nOS users into a traditional cloud model by obtaining tokens from different liquidity pools. As most traditional businesses may find it hard to obtain and manage these tokens, this integration provides a seamless solution to their needs.

As the ODN becomes the centrepiece technology in a series of blockchain solutions for trillion $ markets, using $TRAC and $ETH on mainnet should be a painless experience for enterprises. Enter Liquidity Provisioning Service v1 with @UniswapProtocol https://t.co/OydMYIUEa6

Trace Labs’ nOS was launched in 2019. It has helped organizations to structure and capture technological events. These events include the GS1 global standards in their supply chains, the issuance of thousands of verifiable credentials. As well as, the linking of data to the OriginTrail Decentralised Network (ODN).

In its operations, nOS has gradually gained ground as it is becoming the centerpiece technology that constantly interacts with a series of blockchain-based solutions. These blockchain-based solutions were recently launched by the British Standards Institution (BSI). Therefore, nOS caters to both individuals and organizations that are working towards supply chain resilience.

The implementation of DLT networks mostly demands the use of a native token. This also requires getting a trusted source to supply specific amounts. As well as, managing the tokens, and integrating Dapps and existing systems with the network.

This is where nOS leverages Uniswap its liquidity provisioning system (LPS). The LPS will enable system integrators to focus on the business outcomes while the LPS handles other operations. Such operations include the management of tokens, maintenance of network gateway, and monitoring the activities of the system.

Uniswap v2 automated protocol is actually the first nOS LPS source of liquidity. Besides, the Uniswap v2 runs on Ethereum blockchain and is the first to be implemented by Trace Labs.

With Uniswap, owners of TRAC tokens can provide liquidity as a Uniswap liquidity provider. This also gives them an opportunity to participate in the OriginTrail ecosystem.

Uniswap is a completely transparent and decentralized system, making it a good tool for the running of LPS. In this way, there’s no need to rely on centralized exchanges which may cause potential trouble in its integration.

The initial integration of Uniswap is the first milestone in the area of providing flawless provisioning schemes for cryptocurrencies. In providing these schemes for system integrators and enterprise developers, such developers can focus mainly on building trusted and efficient applications.

Previously, the world’s arguably most private and decentralized marketplace Particl disclosed plans to include privacy token Zcoin (XZC) on its platform. This also means users will be able to purchase anything on the Particl marketplace with privacy-centered Zcoin’s native token XZC. 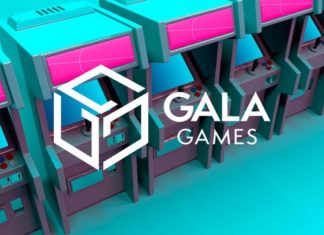 The Ultimate Guide of the GALA Ecosystem

Abhay H - October 27, 2021 0
Play-to-earn gaming is exploding right now. A slew of new gaming projects is announced every week, making it challenging to keep up with them...

Cardano Updates | Cardano Among Highest Searches in the US |...