Tron is vigorously entering the crypto gaming realm. The company has introduced a new blockchain game called HyperSnakes. But that is far from all.

Tron Arcade, Tron’s $100-million fund for games, has partnered with MixMarvel. The latter is the developer of Hypersnakes, which Tron describes as “the most addictive DApp yet.” It enables players to earn TRX while playing the blockchain version of Slither.io.

For the uninitiated, this is a massively popular multiplayer game which is all about snakes. Or how to make them longer than the one which belongs to your competitors — a tricky task when many players are involved. Players can join the game and start earing crypto immediately. It will be possible to bring their own TRX coins to the premium rooms and compete for the prize pool. For those who are not feeling lucky, a free-2-play version of the game will be available. A TRX wallet, which became available on Apple Store in August, will not be necessary in this case.

Another big news is Tron’s decision to partner with Tether, the USD-pegged stable coin. Tron is planning to launch a TRC20-based version of it. It is noteworthy that stablecoins have become popular in recent months and despite its ambiguous reputation, USDT continues to dominate in the field.

“We are pleased to announce this collaboration with the Tron Foundation. This integration underlines our commitment to furthering innovation within the cryptocurrency space as we continue to anticipate the needs and demands of the digital asset community,” commented Jean-Louis van der Velde, Chief Executive Officer of Tether.

Concurrently, Justin Sun, CEO of Tron, promised that the new collaboration will bring incredible stability and confidence to users. He added: “As we perform and execute on our vision, they can easily redeem their tokens for US dollars.”

In today’s tweet, Sun also insisted that the new partnership will be beneficial for the entire Tron ecosystem. It will also facilitate institutions’ access to the Tron Blockchain, according to him.

We are making big steps to achieve decentralized finance with @Tether_to. #TRON will soon have its own stablecoin! This will benefit our entire ecosystem and make it easier for institutions to access the TRON blockchain👏🏼 $TRX $BTT https://t.co/8mGcypBf9J

The new partnership shows that more companies are becoming cozy with the Tron Ecosystem. Previously, Sun has called on startups to ditch ETH systems and move to Tron. And with some success: earlier this month, another popular game Cryptodungeons chose it over Ethereum. It is no wonder that the tension between Sun and ETH founder Vitalik Buterin is growing at lightning speed. Sun has recently made a snarky tweet in which he questioned why Buterin is so obsessed with Tron-owned BitTorrent, once again showing Sun’s inclination toward creating hype. He is, after all, sometimes referred to as the hype king.

Regardless of Sun’s attitude, Tron has been doing well over the past couple of months. BitGo, U.S. crypto custody service, is planning to list it alongside other 100 digital currencies. Besides, on the 28th of February, the company held a hard fork — an event which promises to make the Tron platform even faster. The Tron community is also continuously supporting the project and has asked Bakkt to list it on the upcoming crypto platform.

Despite the progress, Tron is showing a modest performance on the market. Currently, TRX is trading at $0.021. 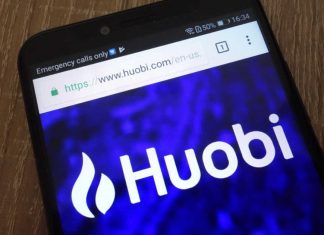 Ifeanyi - July 2, 2019 0
The blockchain network will help build a public blockchain made for decentralized financial (DeFi) services. The platform has been named Huobi Finance Chain and it...

The SEC Goes after The Popular ICOrating Website in Search of...