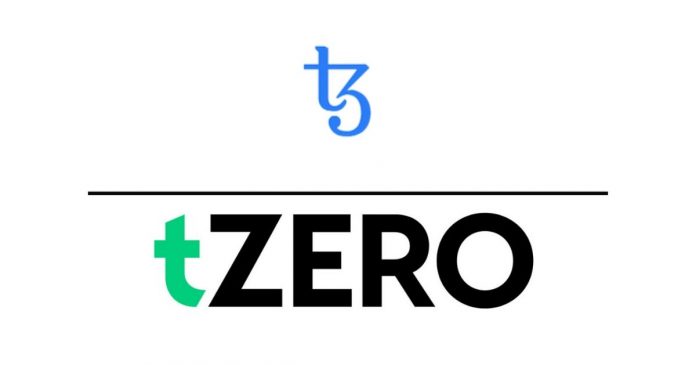 On April 14, tZERO announced the integration of Tezos Blockchain into its digital securities protocol.

This integration is a signal that tZERO supports other blockchains outside Ethereum as signaled by the new collaboration between the foremost blockchain company for capital markets, tZERO, and the Tezos Foundation.

tZERO is set to support Tezos blockchain, the open-source public blockchain for applications and assets in its digital securities protocol. This partnership marks the starting point of tZERO’s support for other blockchains aside from Ethereum. Hence, opening more options for issuers of potential digital securities wanting their projects to be compatible with the tZERO workspace.

The CEO of tZERO Group Inc., Saum Noursalehi stated that the partnership with Tezos remains strategic. He claims it is channeled towards its efficiency to support Tezos blockchain into its digital securities.

“The Tezos Foundation has been remarkably strategic in its efforts to make Tezos become the blockchain for digital securities, and we are pleased to support them in our open-source protocol,” he said.

In addition, many issuers of tZERO like Alliance Investments’ River Plaza STO expressed their interest in leveraging the Tezos blockchain.

A member of the Tezos Foundation Council, Hubertus Thonhauser applauded the partnership. He pointed out tZERO as a leader in blockchain innovation for capital markets, and they’ll be supporting the company’s aim of fostering the adoption of digital securities. He also looks forward to working with them as more issuers choose to use Tezos to support their digital securities.

Besides, the smart contracts on Tezos open-source blockchain platform provide institutional-grade security as it enables formal verification with ease. However, it is pertinent to note that Tezos was the first to launch proof-of-stake blockchain where it ensures massive involvement and energy competence.

Past reports also show that Tezos has been taking giant strides in collaborations. The Association of Chartered Certified Accountants (ACCA) has collaborated with Tezos Southeast Asia (TSA) in order to employ the Tezos blockchain for education products and accounting services. However, tZERO pushed for this collaboration and its digital security protocol is open-sourced, and the code is available on GitHub. Also, Tezos recently disclosed plans to launch its own specially crafted mobile wallet named Phoenix.

Deepika Garg - April 3, 2020 0
Finally, the cat is out of the bag. Binance announced on April 2 that it has sealed the deal with CoinMarketCap (CMC). While a...

How to Bridge Avalanche (AVAX) to Fantom (FTM)