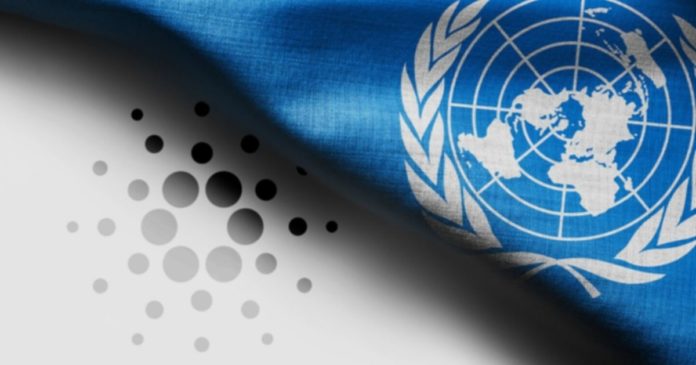 In commemoration of its 75th year anniversary, the United Nations (UN) is partnering with IOHK, the technology firm in charge of developing Cardano (ADA).

The announcement about the partnership between the United Nations (UN) and IOHK was made to the general public through IOHK’s official Twitter handle.

We’re thrilled to announce that IOHK is collaborating with the United Nations for its 75th year anniversary! Project Catalyst will be used to vote on proposals which meet the UN’s Sustainable Development Goals

Project Catalyst is an initiative by IOHK which serves as an experimental treasury system. The system makes use of voting and proposal procedures, with a focus on establishing a democratic culture in the Cardano ecosystem.

Project Catalyst is developed to enhance incentivization, participation, and decentralization in order to promote transparent and fair decisions. Also, the system does not allow just the participation of the governing entity as it is suitable for everyone to participate.

The UN is collaborating with Project Catalyst to give out a $10,000 bounty for outsourcing blockchain projects that are sustainable. This will also promote the UN’s overall goals towards sustainable development and distributed ledger technology promotion. Qualification for the bounty requires an open-source and scalable project on the Cardano network, as well as emphasizing fundraising elements.

If projects are seen as sustainable, it will then be up to a panel to decide who will be the recipient of the $10,000 bounty. This panel will be comprised of people from the United Nations and IOHK. Voting will be conducted via IOHK’s blockchain-based voting system. The $10,000 bounty will be paid  in ADA, the native token of the Cardano blockchain.

The adoption of Project Catalyst by the United Nations shows that blockchain is gaining recognition. This is a big win for the Cardano community because IOHK is the facilitator of this mainstream blockchain adoption by a major global entity.

Efforts to boost the common good through major organizations and cryptocurrency have been gaining in traction over the last couple of years.

Also, the United Nations children’s agency, UNICEF, unveiled its very own cryptocurrency fund. People can now donate Bitcoin and Ethereum to the UNICEF Cryptocurrency Fund, which will then dole out the cryptocurrency to children in need.