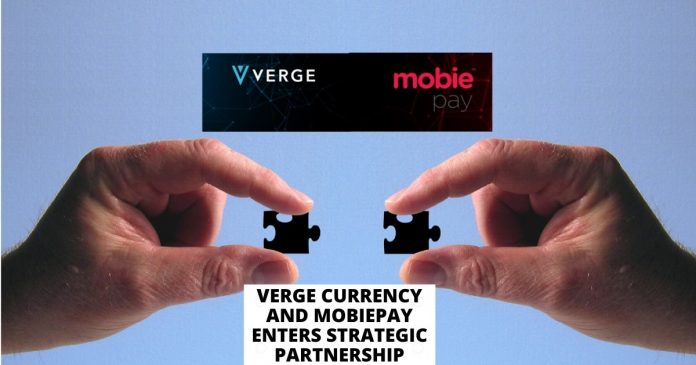 Universal payments and reward ecosystem MobiePay has announced its partnership with Verge Currency.

The partnership between Verge Currency and MobiePay aims for a common vision: making users be in charge of their data

We are pleased to announce the team-up of @vergecurrency and #MobiePay! 💪

An exciting #partnership that you should watch out.

Created for the sole aim of empowering its users, MobiePay has partnered with Verge Currency to enable users to have authority over their own data. Users would be able to control what data they share and who they share with. Whether it be movies to watch, shopping habits, or even basic usage of social media, users have the authority over their own data.

“We are excited to partner with such a great team and community. Together we aim to provide more ways to use Verge and provide as much value as possible to each other,” said Brandon Burgason, Founder and CEO of Mobie™.

Agreeing with Burgason, Verge’s marketing strategist, Alexandre Ederer exclaimed: “MobiePay is THE tool needed to spearhead mass-adoption, not only does it give the digital currency evangelists rewards for signing up businesses, it offers clear incentives for them to sign up…This exactly in line with our vision of digital transactions for everyday life”.

Verge Currency and other partnerships

Apart from MobiePay, Verge has also partnered with other international organizations. As a user-centric digital currency, Verge currency is used by important organizations, such as the Manny Pacquiao Foundation.

As previously reported, Verge Currency (XVG) partnered with MeconCash, a tech giant in Korea. The aim of the partnership is to increase the use of Verge currency on MeconCash and on other platforms too.

MeconCash owns 13,000 ATMs in Korea and with this partnership, Verge Currency would be accepted on all the ATMs. With this giant stride, Verge has pushed the boundaries of digital currencies once again. Verge currency has pushed forward into the Korean landscape.

Verge Currency is a digital currency that is built from the foundation of Bitcoin. This currency is pushed forward by a volunteer team, with the use of VergePay.

Verge currency provides user-friendly features: it is easy to use, it boosts speed and it promotes community ownership. Since its inception 5 years ago, Verge currency has grown globally and can be used everywhere. 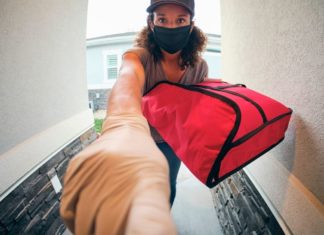 Racheal - November 3, 2021 0
Liverpool residents can now earn rewards while ordering food using Peepl. This is because Liverpool City Region has invested £ 700,000 in the mentioned...