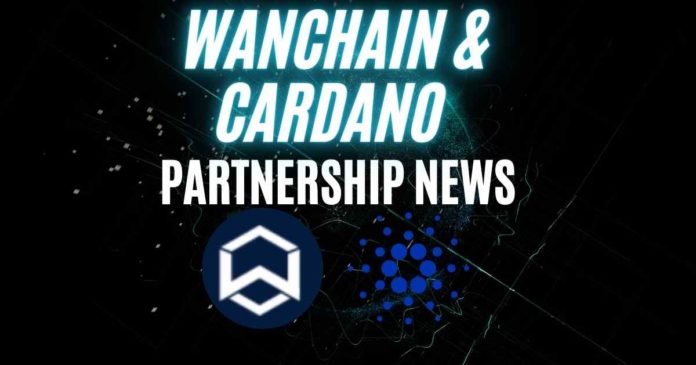 Decentralization is a huge part of the culture and vision of Wanchain. Their purpose is full blockchain interoperability. And the platform aims to accelerate blockchain adoption by connecting chains. So to advance its mission, Wanchain has announced a partnership with Cardano’s Input-Output.

This collaboration is a huge event for both parties. It would enable interoperability between the Cardano mainnet and Cardano sidechains. Furthermore, it would also affect other blockchain networks. The partnership would allow Cardano to deploy:

In addition, Wanchain will upgrade its bridge nodes. This will increase the security of Cardano’s cross-chain bridges and transactions. So now Wanchain will become an EVM-compatible Cardano sidechain.

Wanchain operates as a Layer 1 proof-of-stake (PoS) blockchain. It also works as a decentralized interoperability solution. Furthermore, Wanchain’s Layer 1 PoS blockchain is similar to Ethereum’s goal with their PoS merge. It supports high-performance Ethereum tools, DApps, and protocols. Also, it has some similarities with Cardano. Wanchain uses Galaxy Consensus. This is a proof-of-stake consensus algorithm. And it uses a number of cryptographic schemes.

#Wanchain and Cardano’s @InputOutputHK are collaborating on enabling interoperability between the @Cardano mainnet, sidechains, and other blockchains.#Wanchain will deploy crosschain bridges and serve as an #EVM sidechain to Cardano.

How Do Wanchain Bridges Work?

Furthermore, Cardano’s inclusion in this wide area network of blockchains is significant. It connects Cardano to other DeFi and Web3 ecosystems. This expands the potential uses for ADA holders on other chains. In addition, it paves the way for BTC, ETH, DOT, WAN, XRP, and other coins to be used in Cardano’s own Dapp ecosystem.

What is the Significance of the Partnership?

Wanchain’s transition into an EVM-compatible sidechain to Cardano is beneficial to Cardano DApp developers. As a result, these developers will gain exposure to more coding languages. Also, users will access structures and an inclusive developer community. So this will enhance the security of Cardano’s interoperability solution. Furthermore, it would also serve as a scalability solution. The partnership will affect transactions on Cardano. Users can easily transact away from Cardano.

Cardano might be set for a new phase with this sidechain approach. The platform could begin a new era as a fully-fledged multi-chain ecosystem. Cardano would feature more security and scalability. In addition, Wanchain and Cardano might just have had the first of what would be many collaborations.

Excitement About the Partnership

Input Output Chief Product officer, Dynal Patel believes Wanchain will be a valuable addition to Cardano’s ecosystem. In a statement, Patel noted that interoperability is one of the driving forces behind the Cardano blockchain. Patel further expressed delight in Cardano’s future. He said, “Crosschain bridges are one aspect of this strategy, and Wanchain’s secure infrastructure brings a valuable new contributor into the ecosystem.” Patel also added that Wanchain will provide added utility to the Cardano community. As a result, users can interact with DeFi apps on different networks.

Li Ni, VP of Business Development and Operations at Wanchain noted that this partnership with IO is significant in Wanchain’s vision for the blockchain. Li Ni said, “We are excited to support Input Output’s work in building this Cardano interoperability solution.”

Charles Hoskinson and Jeremy Wood founded Input-Output in 2015. The platform is one of the world’s worlds leading blockchain infrastructure research firms. Additionally, Input Output offers many services. In addition, it provides infrastructure solutions for clients in different sectors. Also, it is the main driver behind Cardano. 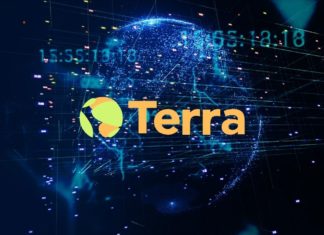 Stu L - March 18, 2022 0
Are Bitcoin and Ethereum enemies? And if so, does that extend to the ‘Ethereum killers’ too? Terra says no and puts their money where...