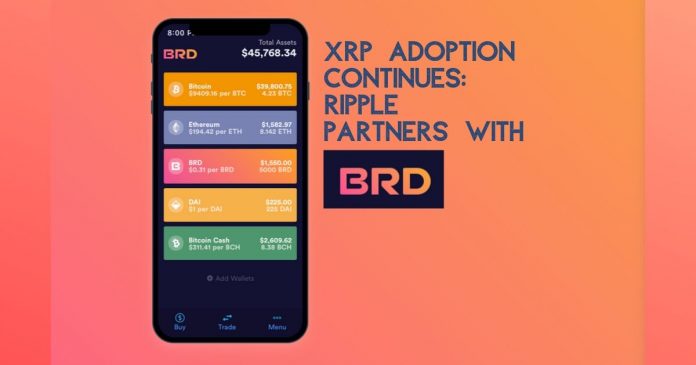 Ripple is expanding at lightning speed. It has now partnered with the BRD wallet, investing $750.000 into it.

XRP is now available to the users of the BRD wallet. In a tweet, Ripple noted that @XpringDev is on a roll.

ICYMI, @XpringDev is on a roll: our partnership and investment in @BRDHQ will enable BRD users to hold, buy, sell and send #XRP to anyone in the world. https://t.co/63gN0cc3tt

And that is indeed so. As a result of this deal, 2.5 million users worldwide can now use XRP.

BRD CEO, Adam Traidman, says: “We’re incredibly excited about joining forces with Ripple to bring XRP to our user base. Ripple understands the need for a strong wallet partner as they push into key markers like cross border banking and remittance. So we are thrilled to help them achieve their goals. In addition, it is our plan to have BRD be the cheapest and easiest place to buy XRP moving forward.”

Advantages of the BRD wallet

The Bread cryptocurrency wallet, also known as Breadwallet, is a free application for storing, sending, and receiving BTC cryptocurrency. It is headquartered in Zurich, Switzerland. This venture capital company has active users in more than 150 countries around the globe.

BRD claims that the number of downloads of its mobile wallet doubled in 2018. Currently, it has close to 2.5 million users. The company also noted that its solutions are currently used to store $ 6 billion, mainly in Bitcoin and Ethereum.

Earlier this year, the BRD wallet secured $ 15 million from the Japanese giant SBI Holdings during the B-series financing round. The funds will boost services in Asian countries.

BRD is working on a new financial product, which they plan to launch in 2020. Though, they are reluctant to disclose any details upfront.

Meanwhile, Ripple is preparing to rebrand its tools. The XCurrent payment system and the xVia corporate payment API will be integrated into the RippleNet brand.

Previously, Altcoin Buzz reported that Ripple will allow 200+ banks to enjoy blockchain’s benefits. Besides, it acquired an Icelandic company. 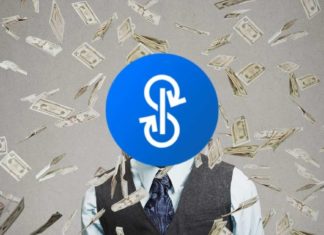 How to Get the Best Farm Yields With Yearn Finance $YFI?

Racheal - January 28, 2022 0
Amidst the current bearish tendencies of the cryptocurrency space, investors and crypto enthusiasts are looking to farm yields on protocols like Yearn Finance for...