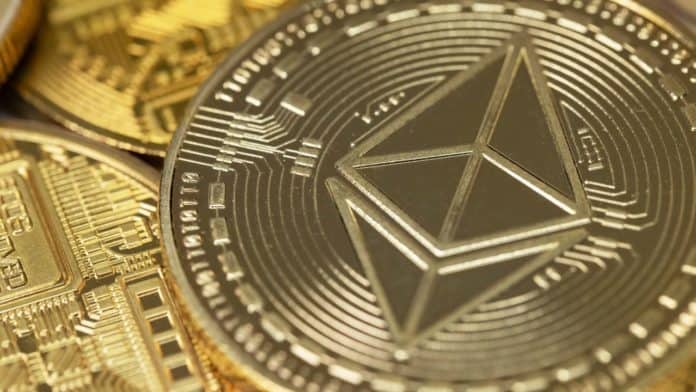 The ETH Merge coming up next month is arguably the biggest news in the crypto space. This much-awaited upgrade means a lot of things to Ethereum users. The “Merge” will move the Ethereum blockchain from a proof-of-work (PoW) consensus mechanism to a proof-of-stake (PoS) that consumes 99.9% less energy.

Despite being noted for its security features, critics have pointed out that current Ethereum’s significant carbon emissions as dangerous to society. With climate change now a global topic, the Merge moves Ethereum to a safer zone. But that’s not all there is to this upgrade. Here are some things to note. But first, let’s establish what is the ETH Merge.

Currently, the proof-of-work consensus mechanism typically involves a lot of energy for mining. As mentioned earlier, the emissions from this process are not environmentally friendly. Nowadays, Ethereum reportedly emits carbon dioxide at a similar scale to Denmark.

Moreover, the proof-of-work mechanism has its benefits. For example, it allows blockchains like Ethereum and Bitcoin to be decentralized and secure simultaneously. But, the competition to verify blocks has grown intense in recent months.

#Ethereum : "Thread on the #cryptocurrency 🧵 🧠"

This #thread will be talking about:

Also, the proof-of-stake uses staked ETH to secure the network and is not as energy intensive as its counterpart. Block verifiers will now be known as “validators” instead of “miners.” When Ethereum implements proof of stake, miners won’t need to solve cryptographic puzzles to verify new blocks. They will instead add ether tokens to a pool.

What is the ETH Merge?

The ETH Merge will complete Ethereum’s transition to a Proof of Stake system. This has been the original idea since its creation in 2015. However, the team postponed the upgrade at different times due to technical complications and financial demands.

The Merge is a part of a series of updates called “Ether 2.0” that redefined Ethereum’s fundamentals. According to a definition from the Ethereum Foundation, “The Merge represents the joining of the existing execution layer of Ethereum (the mainnet we use today) with its new proof-of-stake consensus layer – the Beacon Chain.”

The Ethereum mainnet merge has been tentatively scheduled for around September 15th/16th.

The Merge is coming 🐼

Therefore, the ETH Merge will manage the resource-intensive mining operation while using staked ETH to secure the network. This upgrade will provide additional security, viability, and scalability to Ethereum.

Moreover, this upgrade is called the “ETH Merge” because transitioning to a PoS consensus mechanism would involve merging two blockchains. The “mainnet” refers to the Ethereum blockchain that users can access, unlike other “testnet” blockchains solely accessible by developers. In addition, the Ethereum team created the beacon chain in December 2020 to move to a PoS mechanism. This chain is essentially the new Ethereum.

Can the ETH Merge Fail?

One of the questions on people’s minds is the possibility of the Ethereum Merge failing. However, Ethereum developers are confident that the upgrade will succeed. Jon Charbonneau, an analyst at Delphi Digital, said, “From speaking to Ethereum developers, they’ve felt confident that had proof-of-work mining been, say, banned overnight, they could do the Merge even months ago, and it would work. The worry is that there would be some bugs on Ethereum “clients” — software that can read Ethereum data and mine blocks — that could take months to fix.”

Developers are working hard to ensure that validators can all work together at merge time. The possibility of failure is very slim. But, anything can happen in crypto.

EIP1559 Users are punished at the benefit of holders and stakers pic.twitter.com/ourqJt4DAM

The Merge won’t necessarily cut gas prices because it won’t increase network capacity. Instead, it would alter the consensus algorithm. However, the majority of scaling solutions aimed at layer-2 are currently being developed to address gas fees.

Despite this debate, ETH’s price has increased significantly as the Merge date approaches. It currently trades at $1,896.53.

Ethereum 2.0 is more of a merger than a replacement for Ethereum. The ETH 2.0 will not also produce a new coin to replace the current ETH. So, your old Ethereum tokens will not be worthless after the Merge. You can transfer them to the Ethereum 2 network.

The Ethereum #Merge is now upon us.

But I may sell all my #ETH just before it happens 🤯

In conclusion, developers expect the Merge to take place on September 15th, closer than the earlier September 19th date. This will be one of the biggest in crypto history. So, more details will emerge as the day approaches.