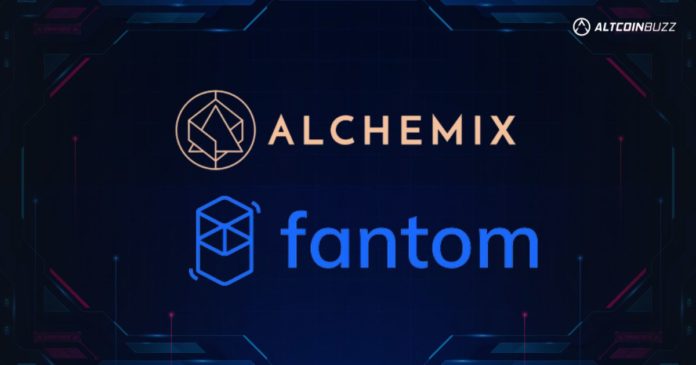 Decentralized finance protocol Alchemix has entered into a partnership with Fantom to diversify its cross-chain options.

On May 5, Alchemix announced that it was bridging to the Fantom network. The move is part of a wider effort to expand the number of chains the protocol operates on.

Furthermore, it added that one way to maximize the security of the platform is to deploy to other EVM chains. Alchemix wants to extend its asset portfolios across multiple chains rather than re-write the core protocol for different networks.

Additionally, it chose the Fantom smart contract network because the ecosystem is already of significant size. According to Defi Llama, there is $4 billion in total value locked in the Fantom ecosystem. The team explained:

“Combined with the diversity and depth of DeFi on Fantom, it creates a fertile ground for integrations with various protocols across its DeFi ecosystem.”

Today, we are pleased to announce that Alchemix has expanded onto the @FantomFDN network. https://t.co/Jw766gvmud

Alchemix is a DeFi lending protocol that provides self-paying loans. Users can borrow a number of synthetic assets which can be repaid at any time using yields from collateralized funds.

Furthermore, the team stated that initially, USDC, DAI, and fUSDT are available as collateral types. These connect into Yearn Finance vaults, it added, and they can be deposited into Alchemix to start borrowing alUSD on Fantom. alUSD is the Alchemix dollar-pegged stablecoin.

Additionally, the stablecoin is now a multi-chain asset compatible with all current and future deployments. It enables more flexibility as users can take out a loan on one network, bridge to another one, and repay the loan there.

The team explained that users must swap the bridge token for the canonical Alchemix token when bridging to Fantom. The user interface simplifies this for alUSD and gALCX.

The look and feel of Alchemix on Fantom is identical to the Ethereum version. It inherits the same loan ratio of 50% and offers the same liquidation-free, self-repaying loans.

Furthermore, Alchemix has also teamed up with BeethovenX, SpookySwap, and SpiritSwap for more yield farming incentives.

The Alchemix native token, ALCX, has been hit hard by today’s crypto market slump. As a result, ALCX was trading down 10.1% on the day at around $59.54, according to CoinGecko. ALCX has lost nearly 50% over the past month. The token has been battered since its March 2021 all-time high of $2,066, having lost 97%.