TRON and its founder Justin Sun are content about the partnership with Tether. In a new post, Sun said that the collaboration rewarded a total of 51357 accounts.

TRON launched its collaboration with Tether in early spring. The two planned to issue a USD-pegged USDT on the TRON platform. And it seems like everything is going according to the plan.

In a new Medium post, TRON emphasized that the cooperation “enhanced TRON’s ecosystem.” It also “bettered the overall value storage and brought more liquidity to the DEX.” Finally, it “provided a more convenient access to blockchain for business partners and institutional investors.”

As part of the plan, TRON launched a 200 million RMB incentive plan 2.0 from July 16 2019 to August 15 2019. This way, TRON wanted to boost the usage of TRC20-based USDT. Holders had the opportunity to receive their daily rewards of interest from the airdrop.

The post contains detailed instruction on how to upgrade to TRC20-based USDT in the future. The initial step is to contact the official service email of USDT. Then you’ll have to establish how much USDT-OMNI or USDT-ETH you would like to exchange and complete a number of other steps.

Not everyone is as happy as Justin

Justin Sun, the founder of TRON, has expressed his support for the project and tweeted the results of the incentive plan.

The #TRC20 based #USDT Incentive Plan is successfully accomplished. #TRON has completed all 31 airdrops for early users, giving out totally $779369.47681 USD according to @bitfinex USDT price. There are a total of 51357 accounts received the reward. #TRX https://t.co/41i46c72Zn

His post predictably received a lot of comments, not all of which were of flattering nature. Not least due to the fact that Tether and Bitfinex have garnered a great deal of negative attention. To remind, New York Attorney General accused Tether and Bitfinex of fraud. It turned out that the coin is only 74% backed by fiat. To worsen its reputation, the two brothers in arms have recently issued $5 billion worth of USDT by mistake.

That said, it is hardly a surprise that some users described the coin as “dead.”

Some even shared a petition that aims to deport Justin Sun and shut down his purportedly scam project.

However, not all commentators were hostile. Some like @Trontonium were defending the project, saying that everyone is spreading lies about it.

I guess it’s pretty embarrassing spreading all the lies about Justin & nothing coming true huh ? What’s that say ? It says that after 2 yrs of constant shit slinging – tron is still running & non of your pathetic bs lies are real. You – are a loser & you know it pic.twitter.com/u5I0ES0aba 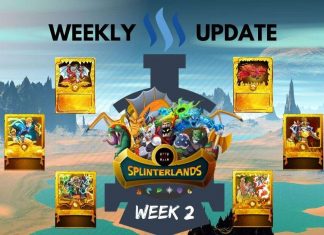 Ezekiel Ng - January 14, 2020 0
All aboard the Steem train as we bring in updates from Splinterlands. Splinterlands is on fire. More than 11 million games were played with cards...