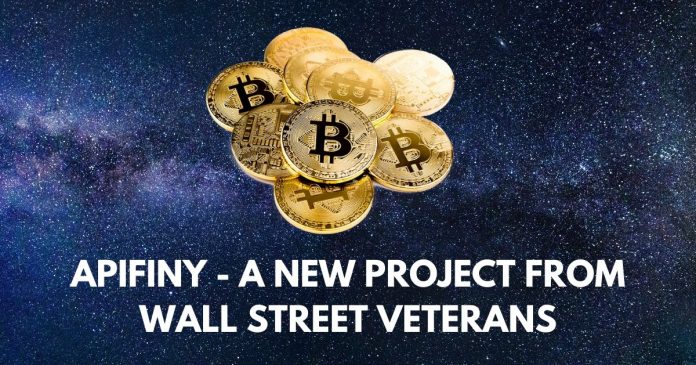 Former executives of NASDAQ, Morgan Stanley, Visa and E*Trade have unveiled a new project called Apifiny. Its aim is to provide access to liquidity across a network of exchanges.

In an exclusive press-release shared with Altcoin Buzz, it says that Apifiny’s main product is called ExOne. It is designed to bring in more institutional players into the blockchain space and includes the best practices from the world of traditional finance.

In short, ExOne is a liquidity protocol that will allow regulated exchanges around the world to access a shared pool of traders and provide deeper order books for their markets. The team behind the product aims to solve a problem it deems crucial for the development of the blockchain world. It has to do with inefficient pricing for users due to low liquidity levels across fragmented exchanges around the world.

Here is how Apifiny’s liquidity pool works: an API will provide up to 500 transactions per second, which is 10 times higher compared to the industry standard. A matching engine will handle up to 30,000 orders per symbol. At the same time, the product’s expected market feed speed will be high: up to 10-100ms for institutional traders.

Traditional finance has a lot to offer

The leaders of the project have commented on the launch. David Weild, co-Chairman of Apifiny and former Vice Chairman of NASDAQ, said, “We are excited to provide unprecedented access to liquidity for both exchanges already in the market as well as financial institutions entering the blockchain space.”

He added, “with the emergence of blockchain technology and decentralized finance, we are witnessing one of the largest technology shifts in the banking industry in decades, and we are passionate about building the technology to open this industry up to many more players around the world.”

Concurrently, Ashu Swami, CTO of Apifiny and former VP of Program Trading at Morgan Stanley, noted that there’s an “overwhelming demand from the finance industry to enter the blockchain space.” He added that blockchain technology has added a bevy of improvements for storing and sending value around the world. Yet, traditional finance has many tools of its own to offer and they can greatly improve the speed, security, and efficiency of the markets.

“Our goal is to bring these two worlds together to offer institutions leading technology from both the finance and blockchain spaces and help unify and advance the industry as a whole,” he said.

Haohan Xu, CEO of Apifiny added, “ExOne will give exchanges access to more liquidity, one of the most critical barriers for financial institutions to participate in the blockchain space. At the end of the day, this means better prices for users and a competitive advantage for local exchanges looking to enter the global marketplace.”

On a different note, Apifiny has headquarters San Francisco and offices in New York, Beijing, London, and Singapore, Apifiny has been building ExOne over the last 18 months. 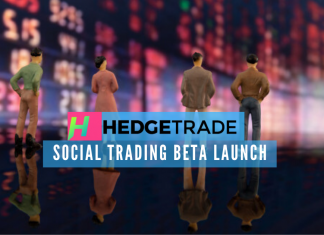 Deepika Garg - December 9, 2019 0
HedgeTrade announced the launch of its Beta platform that conjoins novice and expert crypto traders. The company calls it revolutionary. With it, the amateur...