Jeff Sprecher, CEO of Intercontinental Exchange (ICE), has good news for the crypto community. He said that Bakkt, the company’s digital asset platform, will be launched later this year.

Sprecher spoke to high-profile figures from companies like Goldman Sachs and JP Morgan. He discussed ICE’s financial results for Q4 and the full year of 2018. Particularly, he noted that the company spent more than $1 billion on strategic initiatives “including fixed income, mortgages and along with our partners the launch of Bakkt.” The latter was first announced in August 2018; its mission is to make crypto mainstream.

“And finally, our investment in Bakkt will generate $20 million to $25 million of expense based upon the run rate in the first quarter. We will update you on progress at Bakkt and the level of investment as we move through the year.”

Do not expect fast money

Concurrently, Sprecher characterized Bakkt which as “a moonshot bet.” He does not expect a quick profit from it.

“So it’s a bit of a moonshot bet and it’s been organized in a manner that is very different than the way ICE typically does businesses […] They’re well along in building out an infrastructure that I think you’ll see launch later this year.”

Hill agreed and said that investors should not expect immediate gains. He believes that Bakkt is a long-term project. “I think Bakkt is really an investment […] That’s more about the future and revenue and market opportunities that we see in the future and less about 2019 topline,” Hill said.

Sprecher also added that Bakkt has already caught the eye of many investors like including Starbucks and Microsoft.

Bakkt was supposed to be launched early this year. But a delay occurred because ICE is currently consulting the United States Commodity Futures and Trading Commission.

Previously Kelly Loeffer, Bakkt’s CEO, noted that the crypto market is fragmented. And promised a revolution soon. At the same time, crypto projects like TRON have already asked the exchange to consider adding the coin onto the exchange. 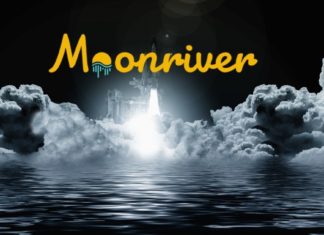 Moonriver (MOVR) Heading to The Moon

Racheal - September 12, 2021 0
Did you know that Moonriver is the first-ever EVM-compatible parachain on Kusama that facilitates compatibility with pre-existing Ethereum tools and ecosystems? Continue reading to...

eToro Launches Platform In US