The long-awaited launch of Bakkt, the cryptocurrency exchange subsidiary by the Intercontinental Exchange (ICE), is finally around the corner. The firm announced that the scheduled release date is September 23rd.

Today, Bakkt announced in a blog post that the platform is gearing up for a September launch for its Bitcoin futures Contracts. The platform has received official approval from the New York Department of Financial Services (NYDFS).

“Our contracts have already received the green light from the CFTC through the self-certification process and user acceptance testing has begun.”

“With approval by the New York State Department of Financial Services to create Bakkt Trust Company, a qualified custodian, the Bakkt Warehouse will custody Bitcoin for physically delivered futures. This offers customers unprecedented regulatory clarity and security alongside a regulated, globally accessible exchange in a market underserved by institutional-grade infrastructure.”

On 3 August 2018, the Intercontinental Exchange (ICE) announced that it was launching a new subsidiary named Bakkt, an integrated platform that enables consumers and institutions to buy, sell, store and spend digital assets on a seamless global network.

On July 22, Bakkt sent out a tweet revealing that the firm has started testing Bitcoin trading with clients from around the world. Bakkt tweeted:

Testing is proceeding as planned with participants from around the world

After the launch of the platform got already delayed several times, Bakkt had previously targeted a July launch date for its Bitcoin futures. Unfortunately, the firm again did not receive the needed regulatory approval. It now appears, however, that the official launch will finally happen in September 2019. 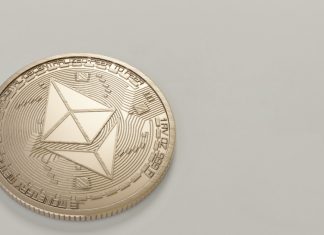 Luc Lammers - May 27, 2019 0
This week, Vitalik Buterin, the co-founder of Ethereum, proposed a new implementation for Ethereum that would provide a degree of anonymity to ‘one-off’ transactions. In...