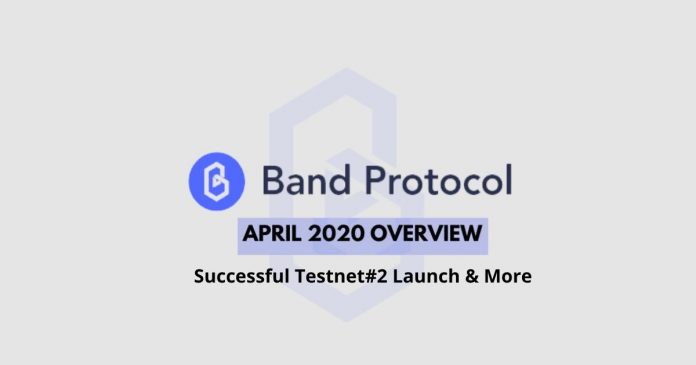 Popular cross-chain data Oracle platform, Band Protocol has released an overview of its April 2020 activities. The report shows that despite the current global economic situation, the platform remains ahead of its roadmap for the launch of BandChain as evidenced by its successful Testnet#2 launch.

To start 2020 Q2, Band Protocol decided to look inward and assess its activities in April. It is important to note that due to current lockdown restrictions, team members are currently working remotely. Yet the platform continues to function efficiently ensuring technical, business and community progress, and improvements.

During the month, Band Protocol celebrated its successful testnet#2 with about 17 top industry genesis validators. Other achievements include its first wallet, a decentralized exchange partnership, and a strategic partnership with a top Vietnam blockchain project.

First on its list of tech updates is the Wenchang Testnet#2 launch. As part of the testnet, there was successful mining activity for over 800,000 blocks with zero downtime. Also, it recorded more than 30 validators on the ground to assist with extensive stress tests. The success in this initiative paves the way to prepare for the mainnet launch next.

BandChain invites validators on its Wenchang Testnet to unite with the Band Jedi. According to the platform, this would help build the BAND ecosystem, and also revamp the Oracle space.

Band Protocol’s April overview also highlighted the merging of Cosmos-SDK IBC with its main branch with testing underway to effectively patch it for BandChain. The main focus, according to the platform’s monthly report, was to ensure “100% test coverage in the Oracle module prior to the launch”. This, in essence, will ensure the protocol is as “secure and safe as possible from release”.

Band Protocol has released a pre-launch version of its Block Explorer, written in ReasonML, an open-source and highly secured function language. The blockchain boasts of being transparent, hence the launch of its Block Explorer can expectedly bring real-time updates and easy wallet integration on the platform.

The protocol has announced strategic partnerships with KyberSwap, KardiaChain for enterprise and government applications, nine new validators, and an Atomic wallet.

KyberSwap is one of the world’s top decentralized exchanges (DEX) recording approximately $196 million in trading volume in March. Last month KyberSwap also added support for the BAND token. To celebrate the listing, both parties hosted a trading competition with over $6,000 worth of prizes and top 53 BAND traders on KyberSwap and 10 lucky Twitteratti emerging as winners.

The popular crypto wallet has disclosed plans to incorporate BAND token on its mobile and desktop wallets. Atomic wallet is a “non-custodial and completely anonymous” with over 300,000 users and more than $20 million staked.

With the Atomic wallet, Band Protocol community will enjoy many functions at zero charges. Some of the features reported in the platform’s April overview include:

Another key April update was the integration of Band Protocol into KardiaChain, a layer-1 blockchain network.

According to reports, all Band Protocol validators are infrastructure providers with top-notch experience and track record.  Some of them include Chorus One, StakeWithUs, B-Harvest, Infstones, Forbole, Figment Networks. Others include WeStaking, Castlenode, Hashquark.

Due to the ongoing COVID-19 pandemic, all of Band Protocol major conferences and hackathons have been postponed. This has led the platform to channel its effort towards community building and development. With this in mind, alongside Cosmos, Band Protocol has published a step-by-step guide on building decentralized finance (DeFi) app on BandChain.

Furthermore, Band Protocol’s Cosmos hackathon, a 3-week virtual hackathon on Gitcoin, is still ongoing and will end on May 11. The hackathon has been making use of the new IBC protocol. Also, prizes worth $24,500 in ATOMS and BANDS, alongside 3 Ledger Nano X’s are up for grab by lucky winners. 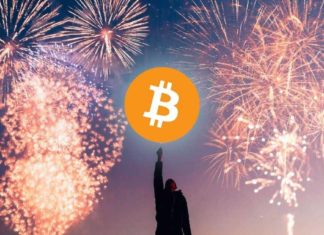 How To Buy Crypto From MEXC Exchange