Binance has announced the postponement of its blockchain week due to Coronavirus.

“We regret to inform you that due to the health concerns over the recent global outbreak of the novel coronavirus, we have decided to postpone Binance Blockchain Week Vietnam, which was originally scheduled for February 29 to March 4, 2020, in Ho Chi Minh City, Vietnam,” the post reads.

The exchange further revealed that members’ safety and health were of paramount importance.

Its announcement on Twitter confirmed the intention. The tweet reads: “Postponing Binance Blockchain Week Vietnam. Amid this global public health emergency, we have committed to do the right thing and protect would-be attendees from health risks associated with public gatherings.”

The event will take place once the countries find a way of controlling it.

Those seeking a refund should visit the event registration portal or reach out to Binance here. The exchange further apologized to its users and promised to keep them updated.

Coronavirus has spread to 14 different countries, including Canada, the US, Sweden, Spain, and more. 20,000 people are now carrying the virus, which is why authorizing an event like Binance blockchain week would put attendees at risk. After all, humans are passing it on to humans.

What’s worse is that the cases have increased exponentially

As of Tuesday, “the official infection toll reaches 20,659, with total death count escalating to 427. This marks a doubling of verified infections from a reported 9,700 confirmed cases just four days ago on the 30 January,” writes CCN.

The crypto space has been reaching out to China to help curb this epidemic. Several exchanges have sent in relief materials like nose masks etc. While also making donations to help assist health workers.

Binance alone donated $1.5 million. Changpeng “CZ” Zhao, Binance CEO made this pledge via a tweet. He noted that his company has donated 10 million RMB (USD 1.5million) to help those in need. 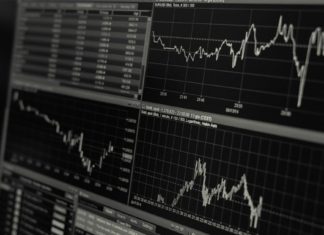 David Abel - January 21, 2021 0
Injective Protocol recently announced the launch of the first-ever decentralized forex futures trading in the world. From this Injective Protocol development, traders will be able...