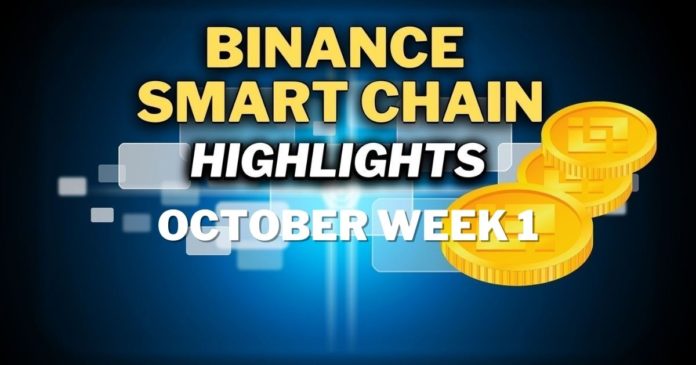 There have been some exciting developments in the Binance Smart Chain ecosystem lately. To keep followers informed, Altcoin Buzz takes a look back at the most important ones.

During the first week of October, Umbrella Network was released on Ethereum with a cross-chain bridge to the Binance Smart Chain (BSC) platform. Also, there was a record-breaking NFT sale on the BSC platform. Let’s take a closer look at these developments and other Binance Smart Chain updates.

Umbrella Network, a decentralized oracle system, was released on Ethereum during the week. This development saw the implementation of a cross-chain bridge between Ethereum and Binance Smart Chain (BSC).

The emphasis for the bridge was on the need to move tokens and crypto-assets across both platforms. Besides, the bridge will make it possible for users to farm and stake crypto tokens on both systems.

At the moment, Umbrella has more than 1,200 data pairs on Ethereum. Thus, making it possible for users to “integrate data from spot cryptocurrency, crypto derivatives, and traditional financial markets.” Umbrella also have plans to carry out cross-chain integrations with other platforms, such as Avalanche, Solana, Polygon, and Cardano.

Sam Kim, Umbrella’s founding partner. also commented, saying, “We will now be able to serve the needs of the largest DeFi community with our decentralized oracles, and look to address real challenges the community faces when it comes to the high cost, low availability of data offerings in the ecosystem today.”

During the week, ApeSwap.Finance, a decentralized exchange on Binance Smart Chain, revealed the sale of “Colossal Ape,” which is arguably the highest NFT sale on the BSC ecosystem.

Is this the most expensive #NFT ever sold on #BinanceSmartChain? 🤔

The top-rated games indicator on Binance Smart Chain (BSC) was based on the number of active users in that ecosystem over a 24-hour timeframe.

From the report, MOBOX: NFT Farmer topped the chart with 17.99k users, followed by CryptoBay with 16.95k users.

Besides, other leading games were CryptoMines with 9.73k users, Zoo – Crypto World with 8.76k users, and CryptoBlades with 4.49k users. As well as BinaryX with 4.37k users, DeHero with 3.61k users, Overlord.World with 3.2k users, and MyDeFiPet with 2.87k users.

During the week, reports revealed that Belt Finance, an AMM protocol that incorporates multi-strategy yield optimizing on Binance Smart Chain (BSC), gave a $1,050,000 reward to a whitehat hacker.

Alexander Schlindwein, the hacker, reportedly revealed a vulnerability in the protocol which could result in the loss of over $10 million of capital. The reward was a part of the  bounty program that began in July in conjunction with Immunefi. Notably, the main payout of $1M was from Belt Finance, while Binance Smart Chain’s Priority One bounty matching program included the $50,000. Thus, making it the sum of $1,050,000.

“This makes it the biggest single bug bounty payout ever; publicly disclosed. This single payout is larger than payouts from giants such as Apple, Microsoft, or Firefox,” the announcement added. 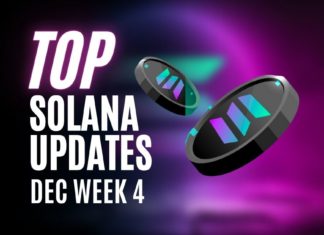