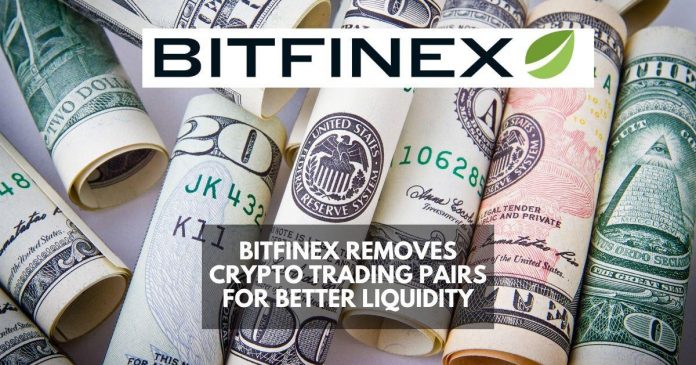 Crypto exchange Bitfinex has announced it will start removing some crypto trading pairs that have low volumes in order to increase liquidity.

According to the announcement, 46 crypto trading pairs are slated to be removed by Bitfinex on March 6.

The exchange platform explained that the removal of the 46 trading pairs is a standard procedure meant to enhance liquidity. They also stated that the exercise would streamline as well as optimize the trading experience of clients.

“Bitfinex, like other major cryptocurrency exchanges, has taken the decision this year to go through a liquidity consolidation process. Invariably resulting in fewer trading pairs being listed,” he said.

Bitfinex advises its clients to cancel all open orders with the targeted trading pairs before March 6. The exchange stated that any remaining open orders by that time would instantly be canceled.

Notably, in 2018, Bitfinex started listing an increasing number of trading pairs mostly because of its collaboration with the Ethfinex community.

According to a recent data show, Bitfinex supports about 350 trading pairs within its platform. And it’s the current trading volume per day stands at $118 million.

According to the crypto exchange, these trading pairs captured significant volumes at the time of adoption but slowly lost traction due to the decline of the global altcoin market.

However, after reviewing the platform’s 6-month trading history and flagging pairs with low interests, the exchange decided to undergo a consolidation process. This is done to concentrate all liquidity of a given project into a USD pair.

Notably, Bitfinex is not the only platform to remove trading pairs with low liquidity. Recently Binance conducted a delisting exercise that saw over 30 crypto trading pairs were removed.

The crypto exchange has recently added an interesting feature to its platform for its users. Top on the list is the launch of a master account feature for its institutional clients.

With the new master account, traders get to manage and maintain up to 100 subsidiary accounts. While with the primary account serving as a fund distributor alongside several other related functions.

Also, the exchange recently helped return 96 stolen BTC and announced the addition of a new policy that gets rid of crypto small fee deposits. 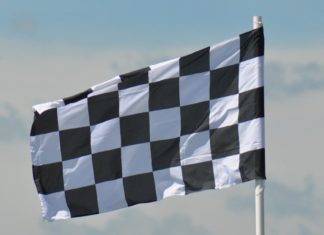 Racheal - April 9, 2021 0
First launched on February 1, 2021, Unmarshal has been making waves in the decentralized finance (DeFi) space. Since its launch, Unmarshal has received top-notch...

Sweet Memories of Bitcoin: It’s Just Not What It Used to...