While the Libra source code and white papers were only released on the 18th of June, PCHAIN and Unibright have already taken steps towards adding Libra to their offerings.

Libra and the accompanying MOVE Protocol language were shared with the world through  Github and their whitepapers on the 18th of June 2019. News spread quickly, and while there are still some regulatory hurdles that may need to be addressed sooner rather than later, developers across the globe have already started tinkering with the code and running their very own testnet versions of the Blockchain.

PCHAIN was the 1st public Blockchain to support Libra via their patented cross chain tech. Many people were curious as to why PCHAIN will cross chain to Libra. PCHAIN believe that by supporting Libra they can benefits both technically and their overall ecosystem. From a technical standpoint, both Pchain and Libra have BFT algorithm in common. This means Libra can easily interact with the PCHAIN PDBFT algorithm. From an ecosystem standpoint, Libra brought global attention to the world of Cryptocurrency, but perhaps more importantly, Facebook itself is an ecosystem which boasts 2 billion users.

Unibright sees two key applications for the Unibright Framework within the context of Libra. The first is Tokenization. The Libra Blockchain is built to enable safe and secure management of digital assets, and therefore has great potential in extending their tokenization templates to the Move language, thus allowing customers to create their own security tokens on the Libra Blockchain. Secondly, Unibright also sees an opportunity to extend the scope of their licensing templates to the Move language. This will allow users to automate the licensing, royalties, and fees of their intellectual property on the Libra Blockchain. Since the Libra Blockchain has inherent ties to stable financial assets, it may prove to be a markedly more appropriate solution for licensing applications than other Blockchains.

Several big names are backing Facebook’s Libra, and the list of projects looking to implement Libra is only going to grow as we get closer and closer to the full launch in 2020. If you want to find out more about Libra then this “Deep Dive” proved particularly informative: Whitepaper Deep Dive — Move: Facebook Libra Blockchain’s New Programming Language. There is much speculation about the potential impact that Libra can have on the Cryptocurrency space as a whole. For example, Binance has expressed excitement by Facebook’s move into this space, and it appears that there could be significant rewards and business opportunities for those projects who establish themselves early on. 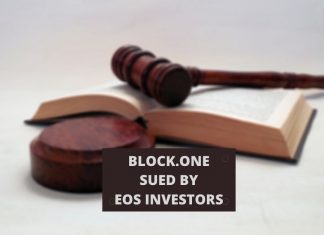 David Abel - May 21, 2020 0
A recent tweet that EOS Dapps posted on its handle on Monday called to attention mismanagement of $4 billion worth cryptocurrency by Block.one. The...

John McAfee: The Passing of a Pioneer, Outlaw, and Legend

Why Is Risk Management Crucial In Trading?