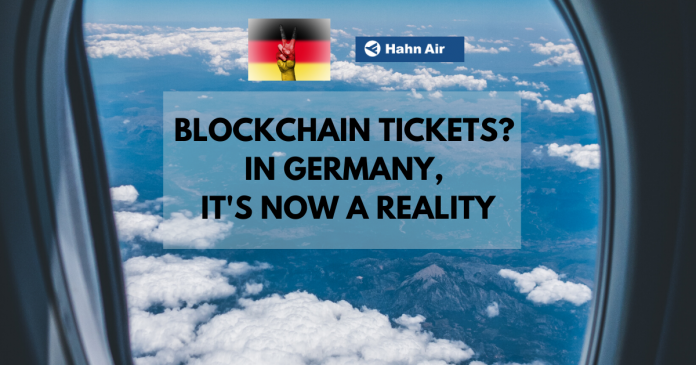 Hahn Air, a German company, is the first airline operator to issue a real-world ticket on the blockchain technology.

The company made the announcement in its press release. According to it, it has launched the blockchain technology on a specialized platform. Its name is Winding Tree.

“We at Hahn Air are constantly exploring new technologies and we are proud to now demonstrate our technical capability to issue blockchain-powered Hahn Air tickets,” said Nowotny.

He added, “We are pleased to be partnering with Winding Tree, the most established company when it comes to distributing travel inventory in the blockchain. Our goal is to investigate and monitor the opportunities this technology holds for travel distribution, even if widespread acceptance is still a vision of the future.”

Concurrently, Izmaylov noted that blockchain has many use cases. And they don’t necessarily have to do with Bitcoin. He believes the technology’s applications are endless.

“We at Winding Tree believe that blockchain will have the power, like NDC, to fundamentally change the face of travel distribution,” he added.

According to the release, Hahn Air will use the Winding Tree platform “to list inventory, manage the reservation requests, and receive payments once the booking process is complete.”

Traveling with blockchain and crypto is becoming easier

When traveling with Hahn Air, a passenger can pay with cash, credit card LIF token or Ether.

In the release, the company also outlines blockchain’s advantages for the parties. They include the fact that ” all market participants such as airlines, travel companies, and distribution systems can easily connect and exchange transactions.”

These participants can also act without any intermediaries. Plus, the system is secure.

It’s noteworthy, that travel companies are indeed becoming more open toward new technologies. Previously, Altcoin Buzz shed light on how to fly using cryptocurrencies. And travel during the Christmas holidays. 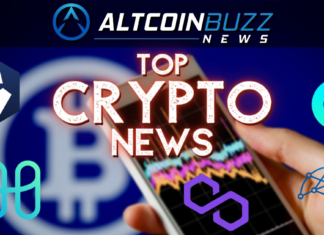 Stay in Shape and Earn at the Same Time With Amazy