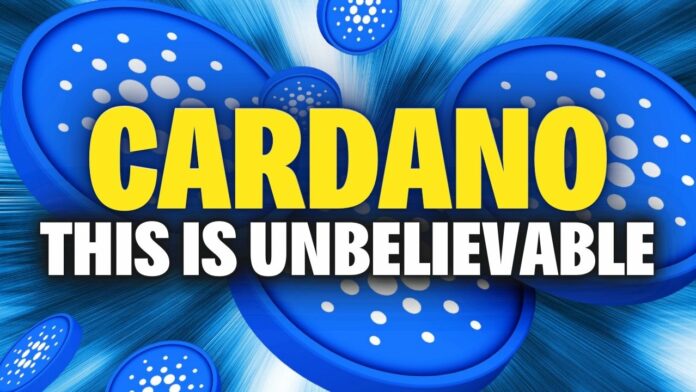 This is outrageous! We are right in the middle of a strong bear market and ADA rallies 40% in the last 15 days. Experts say that at this moment ADA is undervalued and oversold.

I did some digging and found out that apart from market’s overall bullish momentum, Cardano has some very interesting things going on that is leading to these double digit price rallies.  But, will this rally continue or is this just another bull trap. So, I have 4 strong reasons to believe that this rally will continue but one very strong reason to believe that we might see a reversal. Lets dive in.

Cardano’s ADA has seen a massive whale accumulation over the last 15 days.Address holding over 1 million ADA tokens are up by 28. That means 28 new ADA sharks and whales have entered the market.

📈 #Cardano has now jumped an impressive +30% since December 30th. Since the start of the rally, 28 new addresses have popped up on the network that hold 1M or more $ADA. Trading volume has hit a 2-month high, including increasing large whale transactions. https://t.co/6Zli0Q9IcI pic.twitter.com/GgEVOzXOF8

So, whale accumulation is a very strong indicator of a price rally ahead. And from my research I know these are not the pump and dump whale activities. The whales are ADA clearly because of Reason #2, Reason #3 and Reason #5. Reason #5 is most important as this will give ADA a real supply shock leading a real bull rally.

Cardano is doing a lot of building in this bear market. Take a look at this report from Friday. Over 112 projects have launched on Cardano and 1,162 are building. This clearly means Cardano’s ecosystem is expanding even in the bear market.

Every Friday, we publish our weekly #Cardano development update. So for the lowdown on what IOG's dev team has been working on last week, head on over and take a look👇https://t.co/S5q2awYQb2

But, one of the biggest knocks on Cardano is that they build too slowly and with not enough ‘hype’ compared to industry projects. This great Twitter account, Proof of Github, shows us who is contributing the most. It gives us daily activity updates.

And we see Cardano is consistently in the top few for development activity. Like this day, which was a couple of days ago, where they were #2 only behind Polkadot/Kusama. Nearly every day in the last week it’s in the top 5 and it was #1 for a few days in December.

Santiment agrees saying ADA has the most developer activity in the last 30 days. Now, if you want to know why there is so much more development activity. We found estimates of anywhere from 1100 to over 2000 projects currently building in the Cardano ecosystem.

But there is something else that tells me that the Cardano ecosystem is not just expanding but exploding and because of this something really exciting is happening with its MVRV ratio. Before I come to explaining the MVRV ratio, take look at this headline.

How things would look like in TVL rankings if it included truly decentralised financial applications such as Cardano staking @ $9.0bn. I call this True TVL™. Yes, I’m pretty much an Inspect ninja pic.twitter.com/XjejDhvWVj

And if we look at the true TVL, by True TVL I mean taking into account the staked ADA also, Cardano ecosystem stands at $9 billion right next to Ethereum. That’s really big and indicates a room for further rally.

Another reason for more interest in Cardano recently is NFTs. The number of collections on Cardano is increasing fast. They are currently the #3 protocol for NFTs behind Ethereum and Solana. And with Solana losing its top 2 projects to Ethereum and Polygon, Cardano could jump to #2 soon.

The last 30 days alone show a 47% increase in trading volume for NFTs on the chain. This is a huge increase considering how poor market conditions still are. The number of NFTs sold is up too. Up 16%. So this means since the volume increase (47%) is higher than the number of NFTs sold (16%) that the NFTs are selling at a higher price too. So traders and NFT degens are making money here.

This single transaction alone generated more revenue than most Cardano-based projects see throughout their entire lifespan. In fact, if a new project were to begin this one transaction would propel them into the top 50.

One last reason NFTs are getting more popular here is that it is easier to mint your own NFT here than ever before. Apps like Native Token Builder let you mint an NFT on ADA in less than 5 minutes.

Many of you know that Cardano has a much higher % of tokens staked than almost any other coin in crypto. Staking and community involvement drive everything. And since building community is an essential part of a successful NFT collection. It makes sense to start looking on this chain for opportunities.

One specific NFT project many of us like on Cardano is Metadams. It’s a metaverse with a game. But instead of calling it play to earn, they call it play to stake. Why? Because by playing the game in the Metadams metaverse, what you earn is a higher yield on your staked tokens.

#Metadams is merging with #TapNation 🎉

It’s a novel idea and because Cardano has such a high % of stakers already, this is a natural fit to offer this as a reward. Metadams has both NFTs and a token $MDT for in-game play.

Capital Efficiency achieved by it's relation to $Shen – Reserve Coin

But Djed is not just an algorithmic stablecoin. It’s crypto-backed too. It is backed by SHEN and ADA. So it’s like a hybrid of algo and DAI-type crypto collateralization. Minting Djed requires locking up ADA or SHEN. That means higher the demand of Djed, more ADA will be locked. This could give ADA its “first real supply shock” and send ADA to moon.

I strongly believe that Djed will receive good amount of transaction as the ecosystem has already build solutions around Djed’s use. Djed is developed by COTI and we have a full dedicated video coming soon on COTI, the project developers for Djed so stay tuned for that. We will break down all the finer details about the project, risks, and why we think it can avoid the same fate as UST.

We are pleased to announce another Djed partnership, this time with @YeppleInc, to integrate $DJED payments for NFTs on Cardano.

Stablecoins play an important role in building out an ecosystem. The more quality decentralized options we have, the better.

ADA Rally Could Be Short Lived

When I take a look at ADA’s current RSI, it is hovering close to 78. RSI (Relative Strength Index) above 70 indicates that the crypto is overbrought and we might see some sell-off in near future. And this could happen after the Djed mainnet launch leading to a short price retracement.

But, with Djed induced ADA supply shock, we might see ADA rally back to the current levels. 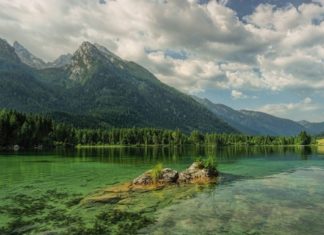 Racheal - February 9, 2021 0
World-renowned tech giant Microsoft has shown in recent times notable interest in natural ecosystem health as well as other aspects of environmental sustainability. With this...