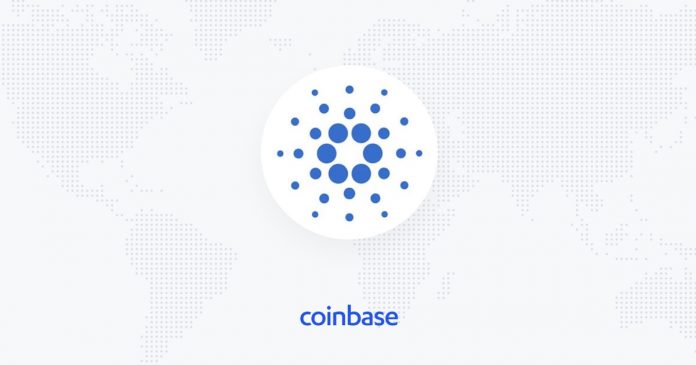 All eyes are now focused on a possible Cardano Coinbase listing. Will the ADA coin be the last of a long-awaited group of cryptocurrencies that will be added to the cryptocurrency exchange? Will the bullish Cardano price predictions come true?

This week, Compound (COMP) suddenly got listed on Coinbase Pro. On May 21, we saw OmiseGo (OMG) get listed on the exchange, only to see the price soar 200% within the first 15 minutes of being listed. Will Cardano (ADA) be next? Could the Cardano Coinbase listing make the price pump too?

According to an old Coinbase blog from July 2018, five new cryptocurrency listings were being considered. The altcoins in question were: Cardano (ADA), Basic Attention Token (BAT), Stellar Lumens (XLM), Zcash (ZEC) and 0x (ZRX). Besides the ADA coin, the four other digital assets have already been added to Coinbase.

What is the Cardano cryptocurrency?

Cardano, a smart contract platform – much like Ethereum, got created by ETH co-founder Charles Hoskinson. It is looking to build a network of blockchain use that extends beyond monetary transfers. Cardano is home to the ADA cryptocurrency, which can be used to send and receive digital funds.

Will the “Coinbase Effect” pump the Cardano price?

Every time Coinbase Pro lists a coin for which the price explodes in value, it has come under scrutiny for insider trading. The “Coinbase Effect” is named after a theory that cryptocurrencies that get listed on their exchange see huge rises in price. This is not always the case. According to a recent study by Coin Metrics, the “Coinbase Effect” does not live up to the hype.

Nonetheless, Cardano price predictions based on a potential Coinbase listing are alive and well on the Cardano Reddit. Cardano news of Shelley launching has people questioning if that might be what Coinbase is waiting for before listing ADA.

Cardano Coinbase Listing – When can we expect it?

It has been almost two years since Coinbase announced the possibility of a Cardano listing. Just recently they announced that they were exploring the idea of supporting 18 new cryptocurrencies on their exchange. However, the Cardano coin wasn’t one of them.

Nonetheless, the Cardano price has seen a 400% surge during the past four months. This has been accompanied by a similarly huge increase in price volume. This is likely due to the Cardano Shelley launch on June 30. It is without a doubt that Coinbase missed out on considerable revenue from the ADA coin which now ranks in 8th place by marketcap according to Coingecko.

Based on all the above, it seems only natural that Coinbase will want to list the ADA coin as soon as possible. Maybe they are just waiting for Shelley and staking to go live. 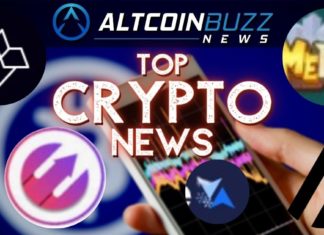 Racheal - December 31, 2021 0
Not many changes have taken place in the cryptocurrency space this week. The “King Crypto” is in the red zone and currently trading at...

Vitalik Buterin, Time’s 100 Most Influential People in the World.