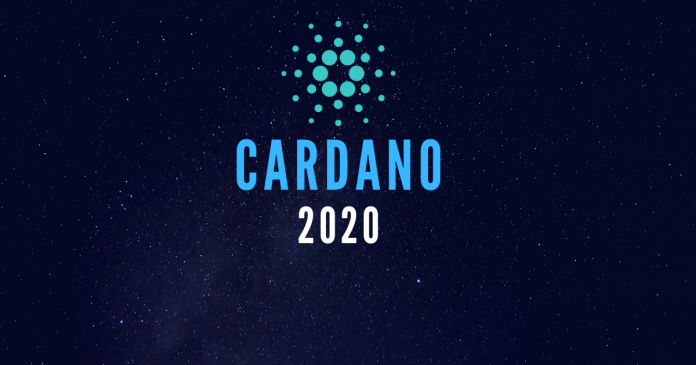 As the new decade kicked off, cryptocurrency Ada witnessed a 12.82% price pump. It seems to have finally broken its yearlong bearish trend. As a home of Ada cryptocurrency, project Cardano is turning out to be quite a promising one. That’s because it assures to solve the scalability snag of blockchain networks.

Conceptualized by Ethereum Co-founder Charles Hoskinson, Cardano did not achieve everything it promised in 2019. It braved the crypto winter but the project’s momentum suffered.

In early 2018, Hoskinson claimed that by 2019 project Cardano would be:

Its 2020 and the project is yet to fulfill all these promises. Nonetheless, it managed to achieve a couple of milestones.

Three organizations oversee the development of the Cardano platform, which defines itself as a 3rd generation blockchain:

We took a closer look at the synergetic work the three organizations put in Cardano in 2019. And this forms the basis of Hoskinson’s recent claim that 2020 will be the “Cardano Decade.”

2019 started on a good note for Cardano. Back then, Ada proved to be immune to the fake stake attacks by US researchers. And the credit goes to the Ouroboros protocol developed in the Cardano Byron era. It is the first provably secure PoS protocol that forms the basis of the Shelly era.

Meanwhile, IOHK released formal specs for PoS Sidechains. As the team claims, this is the first theoretical paper for PoS sidechains.

The project transitioned from Byron Era to Shelley Era in March 2019. Shelley is a fresh code base with new staking and delegation functionality.

In June, the team delivered the first testnet build of Jörmungandr, the first networking node. Its focus was to involve the community across the globe to refine codebase and test its robustness.

The first decentralized implementation of Shelley was tested in late September. And this led to the development of the currently running Incentivized Testnet. The users who possess ADA in Yoroi mainnet or Daedalus wallet according to the 29th November snapshot can participate.

Unarguably, the launch of its incentivized testnet was a tremendous success. Within 24 hours of the testnet going live, 5 billion ADA coins stood staked. And at press time it has already launched over 500 stake pools.

What is Shelley Incentivized Testnet?

The current incentive model is not final. Over time more factors will be added to ensure the model progresses as desired.

The rewards generation is directly dependent on the percentage of network participation.

In case of 50% participation

In case of < 50% participation

In case of 50% participation

According to reports, ADA worth 3.8 million will be distributed as a reward per era.

Over the last 24 hrs, ADA recorded a 3.6% price momentum and ADA worth $172,629,091 exchanged hands. Undeniably, the credit goes to the rollout of Shelley testnet. With that Cardano is imminently approaching its mission. And that is to support a global fully decentralized ecosystem.

Additionally, the team is working towards the community demand of bringing forward staking as a service.

The team will be releasing Shelley incentivized testnet upgrades every Wednesday. The rationale boils down to addressing the community reported issues. Daedalus, the cryptocurrency wallet will also be receiving weekly updates. And it seems the wallet it quite close to support hardware wallets.

Ada is popularly called the “Ethereum Killer.” This is because the founders claim, it is far more advanced than Ethereum. Both Ethereum and Cardano have sharding on their roadmaps to increase scalability.

For your reference, in sharding, the blockchain database is horizontally partitioned to spread out the load. Thus increasing the throughput.

According to recent insight from Weiss Crypto Rating, Ethereum, Cardano, and Hashgraph are the only projects that have theoretically worked out sharding. But it strongly believes that Ethereum 2.0 will be the first project to implement the same.

Only a few #crypto development teams — #Cardano, #Hashgraph and now, #Ethereum — have even figured out how #sharding might be done in theory. None of them has actually implemented it in the real world. Ethereum 2.0 may soon become the very first to do so.

Weiss has exhibited a soft corner for Cordano in the past by calling it the “most deeply undervalued project.”

"Cardano is easily one of the most deeply undervalued #crypto assets on the market. Its price doesn't reflect its fundamentals. #cryptocurrency #ADA #altcoins #Cardano

Last year Cardano entered into a strategic partnership with Sportswear giant New Balance. And it also signed an MOU with Ethiopia to build a cryptocurrency for the nation.

The community stands witness to the hard work development team has been putting in. According to the roadmaps and Charles latest tweet, the 2020 focus for the team is:

Developing technology with the right intent

In his recent AMA, Hoskinson said that the team is working towards building the right technology. They have identified the real need to support the right intent. With sharding and parallel chain updates coming to Shelley, the blockchain scalability issues will soon be eliminated. Shelley’s stake pool size continues to grow. And the project claims to turn out 50-100 times more decentralized as compared to other blockchains. Shelley’s mainnet is progressing to go live by early 2020.

According to Hoskinson’s recent tweet, as the pool magnifies, the momentum of growth with go up.

And the design eventually means as we gain more pools, we get faster. This is how it's done kids

Cardano pool operators received a major upgrade in early 2020. It did not address the clone stake pool issues of the incentive model but the upgrade did improve the network stability.

The foundation warned the community against a fake Yoroi wallet website. The imposter is trying to steal user funds by offering check balances and wallet restore.

Warning! The Yoroi wallet website is being faked by scammers. The real and official website is https://t.co/iD7FuN8gfZ. Scammers are also offering balance check and a wallet restore on their website which is there to steal your funds. Please be cautious and RT please! #cardano

Along with Shelley, development teams are working on Goguen that renders smart contract capability to the network. With this Cardano will pave its way to enterprise-level usability as it will add multi-currency ledger support. And both fungible and non-fungible token support.

In late 2018, IOHK introduced Plutus for the Goguen era. This will be a universal language framework and can be used to write both on-chain and off-chain applications. Furthermore, it lays the basis of the Goguen era that will start by 2020 (tentative date). And this is the phase where tokens will gain utility as smart contracts will be executed.

To oversee the CIPs, the company plans to introduce a voting system. Initially, all the CIPs will be proposed by IOHK.

Based on its roadmap and community excitement, ADA seems to turn into a beast in 2020. If Cardano is able to keep up the promised work, it might eventually replace Ethereum.

Previously, we covered the launch of AdaPay and Daedalus Rewards Wallet. 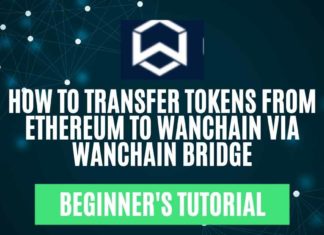 How To Transfer From Ethereum To WanChain Using WanChain Bridge

Ruma - April 11, 2022 0
The WanChain network is constantly working on building cross-chain infrastructure since 2017. It primarily focuses on developing bridges that can connect public or private,...