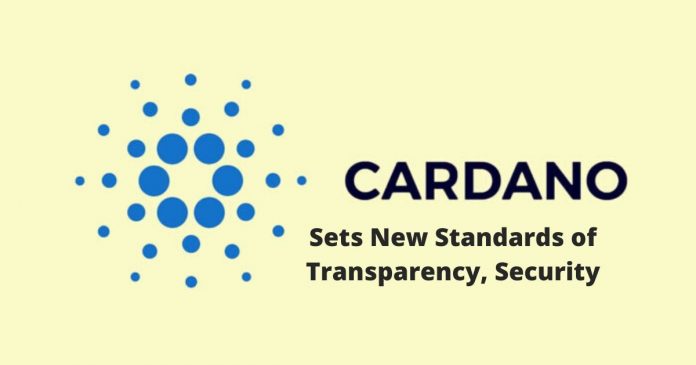 IOHK, the technology developer of the leading blockchain project, Cardano, has done something unprecedented. Recently, IOHK completed the Phase 1 and 2 of Byron reboot of Cardano blockchain’s third-party audits.

The Cardano blockchain project did not come out unscathed from the audit which identified 11 potential vulnerabilities. However, IOHK fixed them during the audits. And now IOHK has published the mitigation verification report of the audit. This move will lead to stimulating greater transparency in the space.
Undoubtedly, IOHK has always stood by its principles of open disclosure. The recent mitigation verification discloses the successful resolution of all the 11 potential vulnerabilities that the audit highlighted. Working with Root9B (R9B) as the auditor, IOHK has published this report. Additionally, the project intends to set a benchmark that would help other blockchains uncover and fix similar vulnerabilities.

Key vulnerabilities addressed. Such a relief!

IOHK shared the mitigation verification report with Altcoin Buzz. And it’s a relief that Cardano blockchain has resolved these bugs now. Some of the vulnerabilities that could have weakened the security of the blockchain include:
With this level of transparency, IOHK has set a new precedence. This approach shows IOHK intends to build Cardano with top-notch security and assurance standards. According to IOHK CEO Charles Hoskinson, the blockchain industry needs to build its products with a very open and decentralized approach. And he emphasized that the speed to market should not be the only criteria for blockchain firms to release a project.
Hoskinson pointed out the need for adequate security measures in place to safeguard the interests of the blockchain industry. And this is especially true because huge sums of money and credibility are at stake. As a result, third-party audits and report sharing, as done in this case, was vital. This would essentially ensure the blockchain space was transparent and also result in helping the community in building secure products.

Readers will remember us recognizing the prominence that Cardano has grown into as we included it in our “Top Altcoins to Look Out for in 2020.“

CryptoKitties To Be Replaced By World Of Ether?

Sebastian Ifversen - January 28, 2018 0
CryptoKitties took the world by storm when they created one of the world’s first games to be built on blockchain technology. The game is...