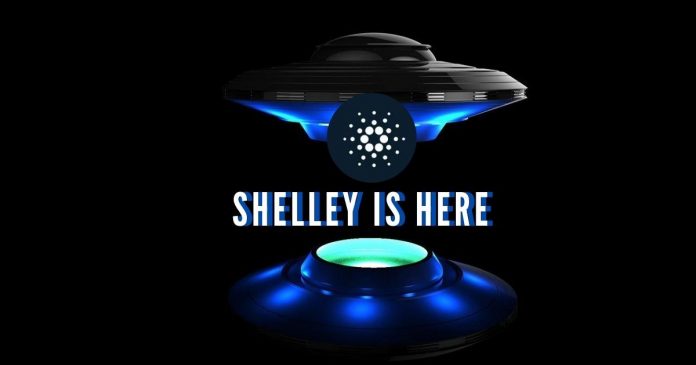 On July 29, IOHK successfully transitioned Cardano mainnet from Byron era to Shelley era. It was marked by a successful Shelley hard fork along with a major Cardano upgrade. According to the official press release shared with Altcoin Buzz, this has been the most important upgrade implemented on Cardano blockchain to date.

The most important advantage of the transition is that Cardano will now deliver true decentralization. This has become achievable because of the advanced Ouroboros consensus algorithm and scientifically researched incentives scheme.

Moreover, Shelley will introduce new functionalities. This will make Cardano capable of supporting varied blockchain-based use cases. At the same time, Cardano will become more secure and robust.

What does Shelley mean for stake pool operators?

IOHK designed the Shelley Incentivized Testnet (ITN) to test real user behavior. It allowed ADA holders to earn real rewards through stake delegation or by operating a stake pool. It was an instant success and marked a step towards Cardano’s decentralization. Currently, the ITN is up and running but the reward period is over.

Shelley hard fork was an uninterrupted upgrade. This means the ADA holders will be able to delegate their holdings immediately. The Proof of Stake network already has 481 stake pools up and running.

With the completion of the Shelley upgrade, the stake pool registrations and wallet delegation are open. However, it will take 10 days for the stake pool to begin producing blocks and delegators to start earning rewards.

Following the launch, the 481 stake pool were created and are running now. It happened so quickly because many pools were already running on testnet. For these pools, it took only a few hours to configure stake pools on Shelley.

According to the official press release, the pools will show up in Daedalus immediately after they have been registered. The Daedalus wallet is already reflecting a lot of activity.

First 100 Pools showing up on my daedalus wallet

Happy Fork Day everyone! And well done to all the pool operators and congratulations to @IOHK_Charles. Always believed you would pull it off#HappyForkDay #Cardano #Shelley #Staking pic.twitter.com/gpTj3d2PjZ

To achieve true decentralization and achieve security more than other projects, Cardano will require close to 1,000 stake pools.

Within 30 mins of the upgrade, Cardano had almost 14 stake pools which have now touched 481. This is now being compared with Bitcoin network where only 5 mining companies control the majority of the power.

30 minuntes into the #Shelley era and we already have more pools than #BTC. The future is going to be amazing. I'd love to see how many we have after 24 hours. pic.twitter.com/yAGJ1Rjie7

Charles Hoskinson, CEO of IOHK shared that Cardano has achieved such a level of decentralization after putting in 5 years of hard work. Previously, he also stated that Cardano will become 100X more decentralized than Bitcoin and we can see that happening now.

According to Aparna Jue, Cardano’s product director, with Shelley hard fork Cardano has become a blockchain that will last long. Along with that, it will solve the issues like interoperability, scalability, and sustainability that blockchain has been facing since long.

As the team celebrates the Shelley success, it will immediately start working on Voltaire and Gougen phases. These phases will bring in robust governance and smart contract functionalities to the Cardano. 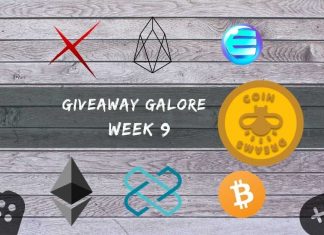 Ezekiel Ng - March 9, 2020 0
CoinDreams provides the community with the latest airdrops, giveaways and many more promotions in the world of crypto. This segment familiarizes you with all...