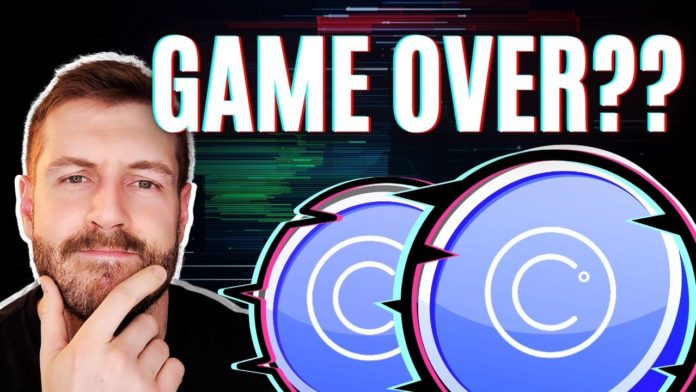 Celsius is all over crypto Twitter right now. Speculation is rampant. Depositors and investors have questions. A lot is going on. Was a CeFi lender supposedly built on a solid, US-regulated foundation built on top of quicksand?

It’s important to understand this term if we want to get to the bottom of what’s going on with Celsius. When you deposit your ETH to earn 6% or USDC to earn 7.1%, what do you think Celsius does with that ETH? Do they just sit on it and keep it in your account for you?

Like all investment companies that work with deposits like banks or otherwise, they need to make money on that money to pay you your interest. In banking, the term for this is Net Interest Margin. That’s where they charge 5% for a loan and give 1% to you in interest. That 4% difference is the Net Interest Margin and it’s one of the most important ratios and KPIs for the banking industry.

How Celsius rehypothecation practices can make your crypto go POOF! Another excerpt from WantFi

And Celsius is doing that too. Now it’s not just them. The other leading CeFi lenders like BlockFi and Nexo do it too. And lending operations of CEXes like Binance do too. It’s a common practice. And it’s not illegal. And if done honestly and transparently, it’s not unethical either. But it’s rarely done transparently.

So rehypothecation is when Celsius (or other lenders) are lending out your collateral to make money. But again, that’s oversimplistic. What if a company decided to borrow money and lend that out too along with your collateral. Now we have a company that is operating as a fractional reserve, like a legacy bank.

And that’s dangerous. Because loan and investment losses are not just losses for the company, but they could mean loss of your collateral too. The collateral that you thought was safe. By the way, this helps keep down the price of Bitcoin, Ethereum, Litecoin, and other big blue-chip projects that have been around a long time.

We reported this in an article on the Altcoin Buzz website that references this tweet and Substack article with proof from an Etherscan search. ~ USD 70 million. This loss is documented. It happened in May 2021. And Celsius said nothing about it and still has not admitted it.

We are first to report that #CelsiusNetwork lost at least 35,000 Ether in the Stakehound key loss debacle back in May 2021. Celsius is bagholding over 42,000 Stakehound stETH in verified wallets.https://t.co/YIDPHYIGng@Bitfinexed @DoombergT @BennettTomlin @QTRResearch

Don’t get the wrong idea here. Stakehound and/or its custodian Fireblocks have mismanaged the keys. And now Stakehound’s stETH is worth only a fraction of what staked ETH should be worth. There’s an ongoing lawsuit about it in Israel. But it’s still a Celsius problem. They are supposed to be the custodian of your deposited funds. You didn’t ask for or permit for Stakehound to use your funds, did you? And the lack of disclosure is a separate issue.

Fact 2: They lost $50 million in the BadgerDAO hack in December

This one they’ve finally admitted after Founder and CEO Alex Mashinsky was confronted in public during an AMA about it. Again, Etherscan evidence shows that $51 million was lost in that hack.

Now, this doesn’t sound like a bad thing. I mean The Merge is coming, right? But here’s the thing. The Merge hasn’t happened yet and we have no idea when it will, despite what everyone tells you. And while we wait, that deposited ETH earns 0.

We’ve seen numbers saying this 288k represents 22% of their total ETH holdings but we believe it’s a smaller percentage than this. But still, do the math. They are paying 6% right now on ETH. That means this 288,000 ETH is costing Celsius 6% or 17,280 ETH per year.

Celsius $CEL is functionally insolvent on their ETH position.

Only 27% of Celsius' ETH is liquid, the rest is either stETH or staked in ETH2, so inaccessible for at least 1 year.

Do you think they have it or are earning that extra ETH somewhere else? We know they’ve lost upwards of $120 million worth of ETH just from our previous facts.

Fact 4: They are Raising Money in a Terrible Environment

Celsius is trying to fund their mining operations. But trying to do so now feels like a desperate move. Major competitor BlockFi is raising a down round. A down round is a big deal. That means they are raising money at a lower valuation than the last time they raised money. It means the company is giving away more equity for the same dollars.

This tweet from Cory Klippenstein of Swan Bitcoin, and a clear hater of Celsius to be fair, says what a lot of people are thinking. That Celsius is a little too deep into mining operations with money that is locked up for that purpose. That and CEL lacks liquidity generally, thus the need to raise funds in this awful fundraising environment.

So that they are trying to raise money is true. That’s a fact. The effect of mining or lack of liquidity is only an educated guess. We don’t know for certain and neither does Cory. But it does fit the narrative of why raise money now unless you need it.

Fact 5: Celsius Lacks Liquidity that They have to Borrow to Pay Customer Redemptions

We have verified again thanks to Etherscan, that Celsius is borrowing to pay customer redemptions. Over $90 million in the last 30 days in the top 2 stablecoins USDT and USDC.

Unlike most of these where the company refuses to respond, Mashinsky had some strong words about this. He said that CEL manages interest rate risk by borrowing when rates are low like now and lending more when rates are higher. He sees this as normal collateral management.

Celsius lends on DeFi when yields are high and borrows on DeFi when rates are low like now. @CelsiusNetwork is earning income from these activities.

Instead of making baseless allegations why don’t you just ask a question and get a straight answer.

These 5 things we were able to find from informative threads backed by Etherscan or other on-chain proof of activity. As for the other crazy stories floating around like known crypto scammer Moshe Hegog is involved in the company and other even crazier ideas, we just don’t know. And we don’t want to speculate.

Besides, these 5 facts alone make it clear Celsius is not doing a good job of managing the deposits that you have there. We don’t need speculation to see that.

Co-founder Nuke Goldstein had a lot to say and we wanted to show his response to some of these allegations. Goldstein blames this most recent FUD (his term for all this) and this ‘Celsius is insolvent’ talk on one video that came out about 2 weeks ago.

Also, Goldstein says this video misidentified something that Celsius manages internally for efficiency on gas fees. Also, that seeing the error of his ways, the video creator took the video down. However, as Goldstein further says ‘when you flood the sewers the rats come out’. Of course, he’s describing all the FUDsters, not just those speaking only on speculation.

GM. I'm going to check out for the weekend. I'll leave you with this – the whole @CelsiusNetwork brouhaha started when a video surfaced with complete false accusations. In actuality they saw and analyzed an algorithm and system to save gas and allow our no fee approach.
/1

He does not address any of the 5 facts we’ve mentioned specifically just that everyone lying has some kind of agenda as a competitor or someone with a coin to shill.

Add to our 5 facts, what Celsius is calling HODL mode. That’s essentially a way to add more friction and delay to the redemption process and we think they are indeed lacking in liquidity.

Now Celsius could be solvent and even profitable while lacking in liquidity. But we don’t know and given some of the mismanagement of the collateral and ETH losses we just don’t think it’s the case. We rarely say this kind of thing here but the facts support it that you should make a move if you either:

Celsius is experiencing a bank run. To slow things down, they have gone against their promises and placed people on "HODL MODE". Asking users for more documents to withdraw funds.

This is a blatant move to stop withdrawals.https://t.co/nqMtY6BdkC

If you are in the position of either of these 2 things above we think the risks are outweighing the rewards right now at Celsius. You should reduce your position and sell the token if you have it.

We cover many projects that have great fundamentals but a beaten-down price due to this market. Yet, we are just not sure what the catalyst for a bullish runup for Celsius would be. We think your money is better invested elsewhere 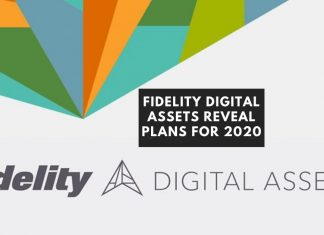 The Use Cases of Crypto

Bitcoin price waves recede as it falls below the $9,500 after...