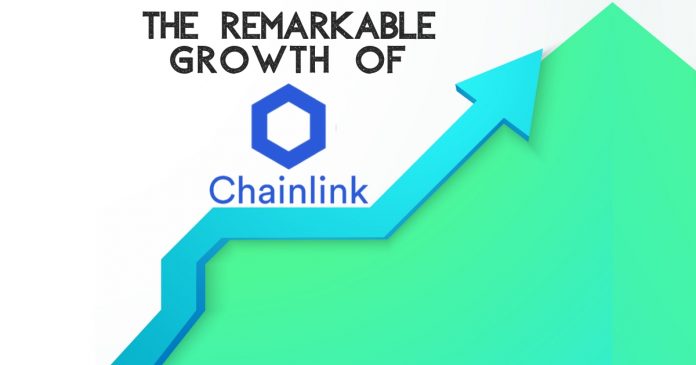 LINK is doing great, in spite of the bearish market. During the last few days, it has been growing at lightning speed. It jumped from $1.60 to $2.40, and the rally has not stopped just yet.

Its growth is most probably explained by Chainlink’s recent partnership. Thus, on Monday, its official channel announced on Twitter about the creation of a new TCF. The tweet reads, “Along with @Intel, @Hyperledger, @EntEthAlliance & others, we’re excited to present a new Trusted Computation Framework that leverages public blockchains, ChainLink oracles & trusted computing to drive enterprise blockchain adoption.”

The main aim of the TCF is to reduce the problems of scalability and privacy. It provides a safe surrounding where parties can enter into various contracts where all details are entirely confidential.

Is LINK rally temporarily or will it sustain?

At the time of writing LINK continues to surge. Users on Twitter believe it has all the chances to reach $3 in a few days’ time. It is undeniably a fantastic performance.

Twitter is full of positive posts about the growing interest of tech companies toward ChainLink.

So it really looks like the LINK season is approaching.

Don’t Miss Out on Zilliqa (ZIL)

Racheal - January 12, 2021 0
The cryptocurrency space has experienced a remarkable price rally over the last couple of weeks. Bitcoin and other top cryptocurrencies were at the forefront...