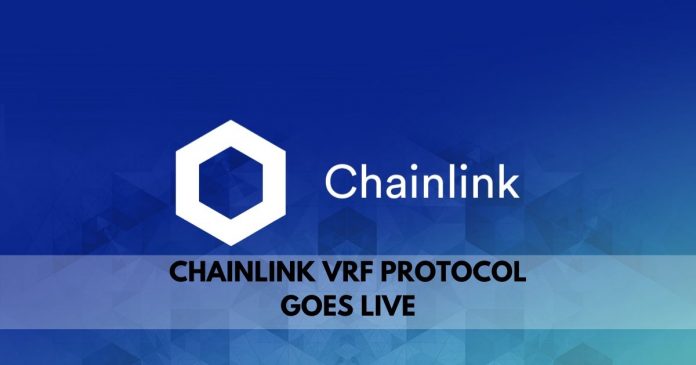 Blockchain platform Chainlink recently disclosed the launch of a verifiable random function (VRF) in its platform. The Chainlink VRF will facilitate the growth of on-chain randomness, furthermore promoting security on smart contracts.

According to an official blog post, Chainlink confirmed that many smart contracts would benefit from its VRF network going forward. The protocol would especially help provide evidence of a tamper-proof source of randomness.

Chainlink VRF, for now, will focus on smart contracts in specific niches like blockchain gaming, security, and layer-two protocols. Developers on Chainlink can easily integrate its VRF to have access to its verifiable randomness for its smart contracts.

The importance of verifiable randomness to having and maintaining a secure and fraud-proof smart contract cannot be overemphasized.

Ensuring randomness on a smart contract is key, yet it comes with its fair share of risk. Developers have to ensure there is no manipulation of the randomness on their smart contracts. Hence, the importance of Chainlink VRF and its verifiable randomness. It ensures systems remain fair and equally uncertain for all parties involved. Furthermore, it drastically reduces the risk of a third party predicting its outcome.

Chainlink VRF is ideal to meet all these requirements as its randomness comes with cryptographic proofs. Also, there is the option of on-chain verification, thereby proving that the randomness is indeed unpredictable.

With Chainlink VRF, developers can now create smart contracts for applications that require unpredictable results. Moreover, as a randomness source, it will make games more trustworthy and fun with challenges, scenarios, and rewards remaining unpredictable.

In more real-life use cases, it can be used to assign duties and resources to projects. For example, “randomly assigning judges to cases or auditors to firms under scrutiny”.

Currently, existing randomness protocols have a lot of shortcomings that Chainlink VRF can fix. Most of the existing random protocols make use of “existing on-chain data like a blockhash, and/or various off-chain randomness that then needs to be placed in a blockhash”. They also almost over-dependent on “blockhash-based randomness guarantees”.

To avoid such over-reliance on blockhash randomness, developers make use of off-chain solutions. First, a random number is produced off-chain before on-chain transfer. This, however, isn’t tamper-proof, as there is a risk of manipulation either by the off-chain provider or the data transport layer.

Other security risks on other randomness sources include:

Chainlink, on the other hand, is offering transparency, credibility, and cryptographic proof randomness through the VRF protocol.

To make use of Chainlink VRF, the smart contract first has to provide a seed that is anonymous to the Oracle. The use of this seed is to create a random number before sending it on-chain.

Anyone can also verify a public key on the platform. In the event of a compromised node, it immediately loses the ability to return an error. The worst-case scenario is that it fails to return a response. And besides, there is the option to penalize any defective node.

The blog post cited the Ethereum-based PoolTogether as a verifiable utilization of the Chainlink random protocol. The platform has also invited developers to try building smart contracts using the protocol and share their feedback.

Before its VRF launch, Chainlink has been making waves in the blockchain space. Its oracle service has been integrated into platforms like Tezos, Contentos, Celsius, Kava, Solana, etc. 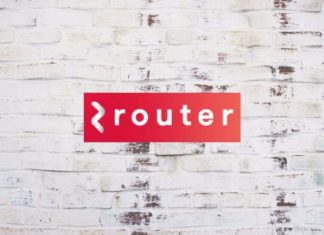