Coinbase and Bitfinex are the two largest exchanges by USD Bitcoin trading volume. They are now adding SegWit, which should lower transaction fees by up to 20%

Bitcoin fees and transaction speed is a big problem. Due to high fees and slow transactions, Bitcoin Cash was created. Bitcoin Cash is a bitcoin fork, and it’s much faster and the fees are low. But, now Coinbase and Bitfinex will adopt the Segregated Witness software (SegWit), which will lower the fees and speed up Bitcoin transactions by increasing the block size.

Coinbase is currently doing 17% of all USD Bitcoin trading volume according to CryptoCompare, and this week they tweeted the software update. They finished testing of SegWit and it will be fully launched next week according to the tweet.

Our engineering team has finished testing of SegWit for Bitcoin on Coinbase.

We will be starting a phased launch to customers over the next few days and are targeting a 100% launch to all customers by mid next week.

Bitfinex is currently doing 38% of all USD Bitcoin trading volume according to CryptoCompare, and they announced the update on medium and Twitter. “We are delighted that through this implementation we can provide our customers with bitcoin withdrawal fees that are up to 20 percent lower, as well as faster-than-ever transaction speeds.” Said Paolo Ardoino, Bitfinex CTO in a statement.

Bitcoin is currently sitting at $10.592,40 according to CoinMarketCap. The news about Coinbase and Bitfinex adopting SegWit, did not seem to have any effect on the price. 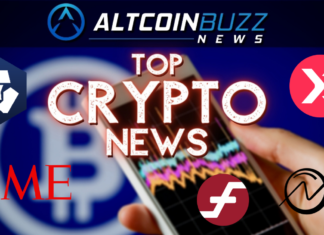