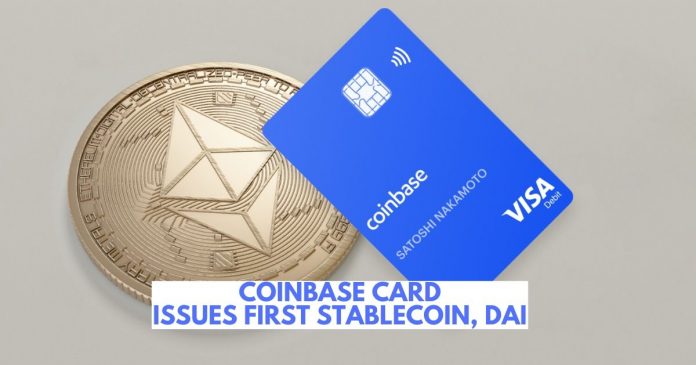 Coinbase Card, a crypto-powered Visa debit card, has announced the adoption of DAI, a stablecoin pegged to the US dollar.

The announcement held that the Coinbase card addition is aimed at users who want to experience and spend cryptocurrencies without price fluctuations.

Buy with DAI: our 10th asset — and first stablecoin — is now available on #CoinbaseCard pic.twitter.com/SCLiJDYubc

The debit card, launched this April, allows customers in the UK and the EU to spend their cryptocurrencies directly from their Coinbase wallets.

According to JD Millwood, head of marketing at Coinbase, users can pay with the card for Christmas shopping in millions of locations worldwide. Because the debit card converts any cryptocurrency to fiat money that you can spend with your VISA card.

Millwood further said: “Spending crypto as easily as money in your bank account is exactly what Coinbase Card lets you do. But for us, it doesn’t stop there. Spending summaries, combined with our brand new monthly statements feature, make tracking your crypto spending easy.”

Other companies are currently also leveraging DAI to bridge the two worlds of decentralized and traditional finance. MakerDAO, Monolith, and Digix announced a new partnership that brought DAI to 31 countries throughout the entire European Economic Area.

Notably, DAI is different from a typical currency-pegged stablecoin because bank accounts don’t support it. Instead, to generate it you first have to put Ether into a CDP smart contract. 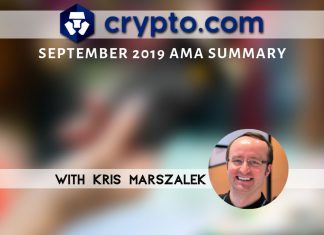 Lesia Dubenko - September 12, 2019 0
Today, Kris Marszalek from Crypto.com, held an AMA session. He discussed many things and made highly peculiar statements.  Crypto.com is in the loop. The company...