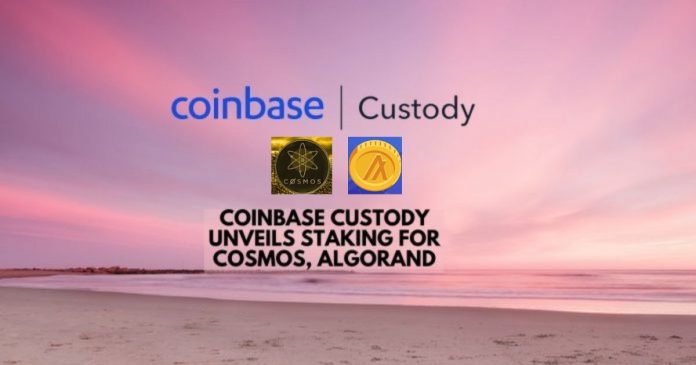 Notably, Coinbase Custody enables its clients to earn rewards through staking activities and voting. This allows users to enjoy the benefit of associating with tokens and earn rewards without having to put their funds at risk while staking.

Coinbase Custody helps you get more out of your assets. Clients now have the ability to use their Cosmos ($ATOM) assets stored with Coinbase Custody to earn rewards through staking without having to put their funds at risk. https://t.co/nSpkBN256n

With the new addition, Coinbase Custody now offers staking services for Tezos (XTZ), ATOM, and ALGO. Currently it is also the largest operator of a Tezos staking validator. Last month, it had announced staking support for Polkadot’s DOT token holders as well.

According to an official blog post, the new addition would help secure the network thanks to Cosmos’ design that enables improving the interoperability between other blockchains.

“Staking is an important ecosystem trend and we are committed to helping our clients get the most out of these types of assets,” the post explained.

Other platforms venturing into staking support

Notably, many platforms have recently shown interest in offering staking services, with Binance.US and Bitfinex also venturing into staking support.

Binance currently supports over 15 coins, namely, Tezos, Cosmos, Algorand, EOS, amongst others, while Bitfinex supports Cosmos, EOS, and V.Systems. Also, other platforms worth mentioning include GXChain, Harmony One, Elrond, and Waves.

Algorand to end fraud in insurance

In other news, Algorand recently teamed up with Attestiv, a blockchain-based tamper-proof media verification platform. Together, they aim to cut down instances of fraud within the insurance industry.

Today we're excited to announce @Attestiv_Inc will be leveraging Algorand's tech to enable digital transformation across the #insurance industry! Using #AI to validate digital media on our #blockchain, stakeholders will benefit from a reduced risk of fraud https://t.co/w70jf8fBpH pic.twitter.com/5xjDKjS79Y

According to reports, the two parties would combine their technologies to create a single platform. It would work as a verification point for all stakeholders in the insurance space such as insurers, customers, repair vendors, and also carriers.

On his part, Attestiv chief executive, Nicos Vekiarides, mentioned the connection between the two firms through the Boston Blockchain Association. He also noted that their collaboration would end many redundancies in the maintenance of records in insurance.

Previously, we had reported Coinbase Custody opening its first European office in Dublin. And earlier this year, Coinbase Pro had made ATOM available for trading on its platform. 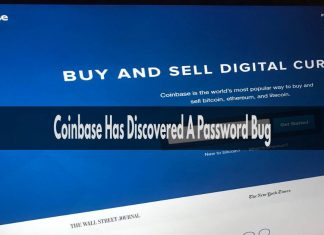 Robert Patrinjei - August 18, 2019 0
One of the largest exchanges in the crypto space, Coinbase, has discovered a bug that may affect around 3420 users. According to a blog...