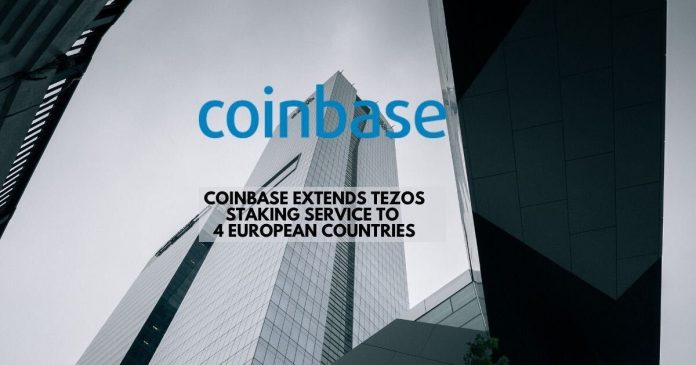 Coinbase has recently announced the extension of its Tezos (XTZ) staking service to four European countries.

According to the announcement the countries are the United Kingdom, France, Spain, and the Netherlands. As a result of this development, Coinbase customers from these countries can now earn interest on their XTZ holdings for depositing and holding the token on the exchange.

Staking Rewards is now available for customers in the UK, France, Spain and the Netherlands. https://t.co/eu9mDJgJTT

Since launching in the US last fall, customers have earned over $2 million in Tezos staking rewards. pic.twitter.com/3RbHFC0gX9

Coinbase additionally notified clients that like many cryptocurrencies, the price of their staked XTZ was subject to market dynamics. As a result, there were always chances that there would be fluctuations in price. The exchange, however, assured the customers that they would have the ability to opt-out whenever they liked.

“You will always maintain control. Your Tezos always stays in your account, you just earn rewards while keeping your crypto safely on Coinbase. You can opt-out any time you want,” the blog post read.

According to Coinbase, its expansion into Europe comes after previously launching the XTZ staking service to its US clients in November. The exchange, also claimed its clients had earned over $2 million in crypto rewards since the US launch.

The platform further emphasized that staking offered a new lucrative alternative to more traditional investments, such as equities or bonds.

Notably, Coinbase also supports staking for global investors that make use of its institutional asset custody arm, Coinbase Custody. The exchange has been busy as it recently launched staking services for Cosmos (ATOM) and Algorand (ALGO). Also, it announced being in charge of the storage of the FTX ERC-20 exchange token, FTT.

It is worth noting that Coinbase is reportedly the biggest operator of XTZ staking validator, closely followed by Kraken and Binance. 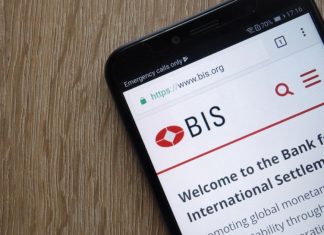 Lesia Dubenko - June 24, 2019 0
The Bank of International Settlements (BIS), the Swiss-based financial institution, has commented on the tech giant's foray into the financial sector. In its new report,...