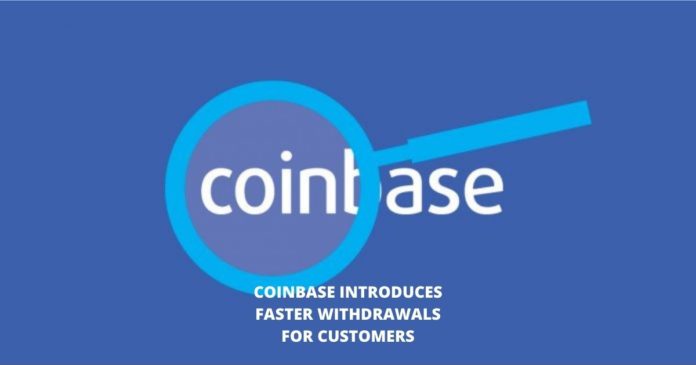 A recent update from Coinbase shows that its customers now have a faster means to withdraw their currencies.

This means Coinbase customers can now avoid the wait times that come with withdrawing from the exchange to their bank. In essence, this new feature also hastens the conversion of digital currencies into fiat.

According to an October blog by Coinbase, the U.S.-friendly cryptocurrency platform is now able to conduct faster withdrawals in 40 different countries. The post revealed, “Customers in the US, UK, and Europe can withdraw funds with a linked Visa debit card. In the US, customers will be able to also withdraw funds with their Mastercard.”

This latest feature however, requires an extra fee on U.S., E.U., and U.K. customers. U.S. users will be required to pay an extra 1.5% charge. Meanwhile, E.U. and U.K. users can pay a slightly higher rate of up to 2%. This feature also helps customers to transfer their digital currencies from crypto and into their traditional bank accounts.

Terry Angelos, SVP and global head of fintech for Visa, commented on the development. He said, “By enabling real-time card withdrawals through the Visa Direct capability, Coinbase is delivering a faster, simpler and more connected experience for its users. Thus, making it easier to convert crypto balances into fiat, which can be spent at the more than 60M merchant locations where Visa is accepted.”

Normally, the transfer from crypto exchanges can take between one to five business days. This time would be used to settle the issues that will arise at the back end of the bank involved. Also, this whole process implies that customers will have to wait during all that time before they can use the cash they have withdrawn.

Efficiency and transaction speed is also part of the value held within Bitcoin and other digital assets. For example, Bitcoin does not consume so much time as banks during transfer for further use. However, interacting with traditional banking systems often delays the process. With this new update, Coinbase has hastened the process, albeit for a small price.

In a recent interview with Forbes, Visa executives revealed that crypto strategy is driving the next stage of growth for the company. According to Terry Angelos, the principle guiding its crypto strategy is to become a “network of networks.” To achieve this, the company is thinking about interoperating with the blockchain network. 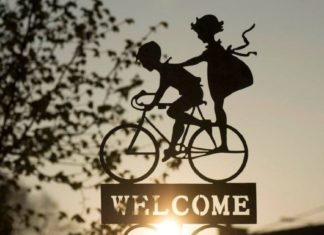