Yesterday, on the 8th day of the ’12 Days of Coinbase’, the company announced their direct crypto-to-crypto conversion feature. Finally, after all those years, it is now possible to directly convert one cryptocurrency on the platform directly for another cryptocurrency.

Coinbase, one of the leading cryptocurrency exchanges, has announced yesterday a new crypto ‘convert‘ service. The announcement was made during Coinbase’s “12 Days of Coinbase” marketing campaign. The new feature allows investors to convert their cryptocurrencies into other digital assets.

The official announcement below:

Starting today, you can convert one crypto to another on Coinbase. Conversions are available between Bitcoin (BTC) and Ethereum (ETH), Ethereum Classic (ETC), Litecoin (LTC), 0x (ZRX), or Bitcoin Cash (BCH).
It's Day 8 of 12 Days of Coinbase. Learn more: https://t.co/VshJf7FOMZ pic.twitter.com/wLyJPfkKcA

According to Coinbase, the new service called “Convert” is way cheaper than selling and buying a different digital asset, which is the process most investors go through. For instance, customers will be able to trade Bitcoin (BTC), Ethereum (ETH), Bitcoin Cash (BCH), Litecoin (LTC), Ethereum Classic (ETC) as well as Ox (ZRX) against each other. The service will be available on several platforms including Coinbase.com, iOS, and Android.

Currently, the service is only available in the US, but Coinbase is planning to roll out the service to all countries it is operating in. The statement from Coinbase:

“Conversions complete instantly and at a lower cost than if done via two separate transactions. We’ll be gradually rolling out the ability to convert cryptocurrencies to customers in all 34 countries in which Coinbase offers native payment access.

Coinbase is running a marketing campaign referred to as “12 Days of Coinbase”. The campaign started on December 10 and the exchange has been rolling out various services including charity every day, for 12 days in a row. 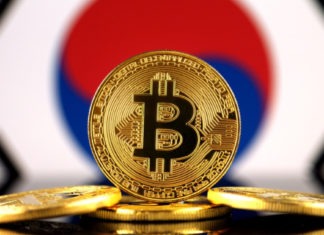 Romel - December 28, 2018 0
Citizens of South Korea can now obtain an MBA in Crypto/Blockchain Studies. The course covers more than just Blockchain technology, however. The Seoul School of...

The Ultimate Review for Mycelium – Part I