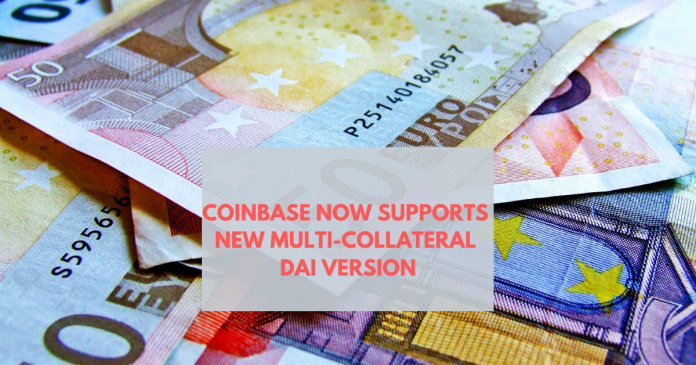 Importantly, Coinbase and Coinbase Pro plan to support multi-collateral DAI starting from the 2nd of December at 9 AM PST.

Accordingly, they plan to automatically convert any users DAI held on Coinbase to multi-collateral DAI. Also, it requires no action from users to upgrade. Users just need to keep the DAI they own on Coinbase and they’ll receive the upgraded coin.

Besides, users that want Coinbase to upgrade DAI held elsewhere just need to send it to Coinbase prior to the specified date. Then, the DAI gets upgraded automatically.

Also, if users don’t want the DAI held on Coinbase to be upgraded to multi-collateral DAI, they just need to sell or withdraw the DAI tokens before the date.

Other ways to upgrade

Users also get the chance to upgrade to multi-collateral DAI themselves with the separate Coinbase Wallet app. As it supports both forms of DAI and offers a simple upgrade tool that’s useful anytime.

Furthermore, if after the upgrade starts a user wants to change single-collateral DAI held elsewhere just send it to your Coinbase account. There’s going to be more upgrades in the coming months. Also, announcements concerning the dates come up 2 weeks in advance.

To new readers, Coinbase, the San Francisco based company also founded in 2012. It provides a platform and digital currency Wallet to traders. Thus, helping them transact multiple cryptocurrencies like Bitcoin, Ethereum, and Litecoin, etc.

Furthermore, the company sets sights on creating a globally open financial system that won’t be controlled by any nation or private entity. It also believes that the new system contains the capacity to lift the world from poverty. As well as, ensure the creation of equality. The company also uses DRI’s (Directly responsible individuals) in all of its projects, which directly impact the customers.

To remind, Coinbase announced its Visa debit card now lists Ripple (XRP) alongside four other coins. They include Basic Attention Token (BAT), Augur (REP), Stellar (XLM) and 0x (ZRX). Also, the exchange allows users to get rewarded for holding USDC. The eligible US customers now get the opportunity to earn 1.25% annual percentage yield (APY) on every USD Coin held on the exchange. 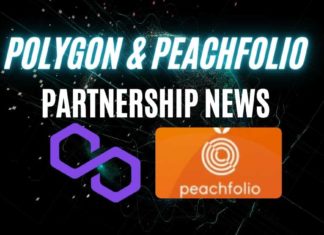