In a tweet on Friday, October 26, Coinbase announced the launch of new features on Coinbase Pro, the company’s professional trading platform. The new features are designed to improve the security and usability of the platform.

Launched in May 2018, Coinbase Pro offers individuals the ability to trade a variety of digital assets on a secure, insurance backed platform. Coinbase Pro (formerly GDAX) is an exchange for professionals to trade digital assets, while Coinbase is a place for consumers to easily buy, sell, and store digital currency.

According to an announcement on Friday, new features have been released for Coinbase Pro. The major updates include a new crypto address system that provides an easy way to keep track of frequently used crypto addresses and an option for address whitelisting.

Coinbase Pro is adding new features designed to make the user experience easier and safer than ever before. https://t.co/YFK1F4NnNV

Whitelisting enables the possibility to only send to addresses that will be listed in the Address Book. Furthermore, the address whitelisting process comes with a 48-hour delay to allow users to fully confirm that someone isn’t trying to add an illicit address.

Coinbase is constantly improving the security and usability of the platform. Because of this, a few weeks ago Coinbase Pro earned the highest security ranking in an independent study conducted by ICORating, a leading research group focused on digital assets. 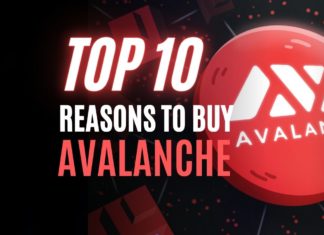