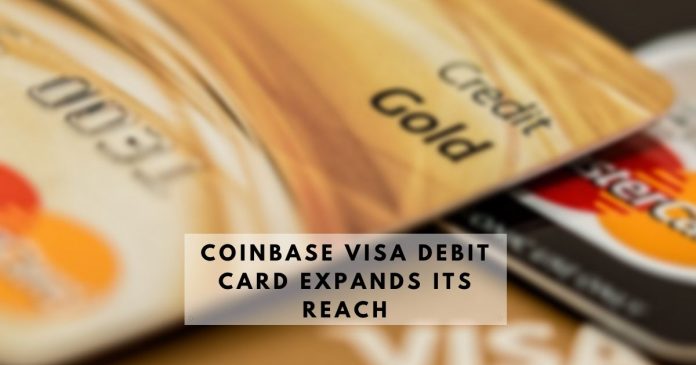 According to the announcement, the Coinbase Visa debit card now lists Ripple (XRP) as well as four other coins. They include Basic Attention Token (BAT), Augur (REP), Stellar (XLM) and 0x (ZRX).

Head of marketing at Coinbase UK, JD Millwood gave comments about the development.

Particularly mentioning that since launching earlier this year, Coinbase Card helped tens of thousands of users spend their crypto. Also, helping them do this as easily as the money in their bank accounts.

Thus, bringing the total number of countries to 29.

The United States-based crypto exchange and wallet service started the Coinbase Visa debit card in the United Kingdom in April.

Accordingly, the card enables the Coinbase user access to make purchases with digital currencies from their Coinbase accounts.

Besides, to complete the purchases with the card, Coinbase converts customers’ crypto funds into fiat money for a fee.

Also, the firm confirmed that cardholders get access to use the card anywhere that accepts Visa around the world.

Finally, ATM transactions above the sum of €200 attract fees of 1 percent domestically. As well as, 2 percent internationally, and some charges for some purchase transactions.

To remind, the American cryptocurrency exchange platform’s request for an e-money license in Ireland became granted by the Ireland Central Bank. Also, Coinbase allows users to get rewarded for holding USDC. The eligible US customers now get the opportunity to earn 1.25% annual percentage yield (APY) on every USD Coin held on the exchange. 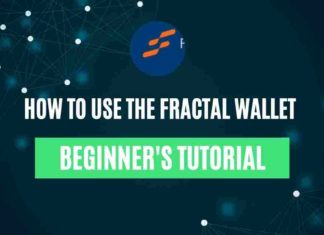 How To Use The Fractal Wallet

Ruma - June 17, 2022 0
The Fractal wallet is the native wallet of the Fractal protocol. It is currently available as a Google Chrome browser extension application that allows...

$10 Billion of Bitcoin are stored in Bunkers