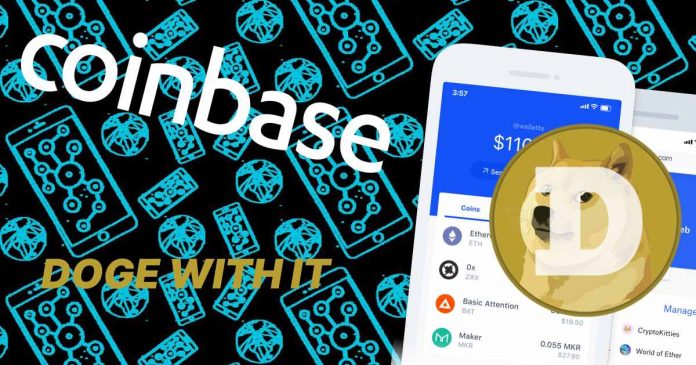 If you are surprised regarding this, well, you’re not alone. Dogecoin (DOGE) is mostly known as a ‘Memecoin’ and many people don’t really take it seriously. However, it is still an interesting cryptocurrency.

If you are unfamiliar with DOGE, it is a fork from Litecoin that took place in Dec 2013. DOGE was created by Billy Markus, Oregon and Jackson Palmer for fun. It’s currently most used for tipping users on social platforms for their content (user to user). DOGE is also known as the memecoin among the crypto community because it is using a famous memedog as a logo. You may have seen the dog being used on memes online.

The update that adds DOGE support to Coinbase wallet will be pushed somewhere next week.

It’s uncertain why they decided to go with DOGE instead of something else. I believe DOGE is really easy to implement and it’s also popular, especially after the news from last month about Elon Musk making a joke on the 1st of April. Musk also changed his twitter status to CEO of Dogecoin. Despite that, I’m surprised to see Coinbase adding Dogecoin, even though Coinbase has nothing to lose by doing so. I wonder if DOGE is going to be used as a stablecoin as well.

DOGE did not have much of a price reaction regarding the news, its price gained about 4% against BTC. It looks like DOGE might have reached the bottom, and I would keep an eye on it.

DOGE will only be available on the Coinbase wallet, not on its fiat-crypto gateway. Thank you Coinbase for adding Dogecoin! 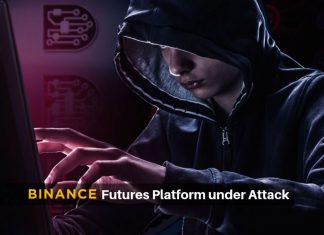 Deepika Garg - September 16, 2019 0
Binance futures platform was attacked by a small futures exchange at 3:00 am UCT today. While none was liquidated, CZ, CEO Binance claims the...