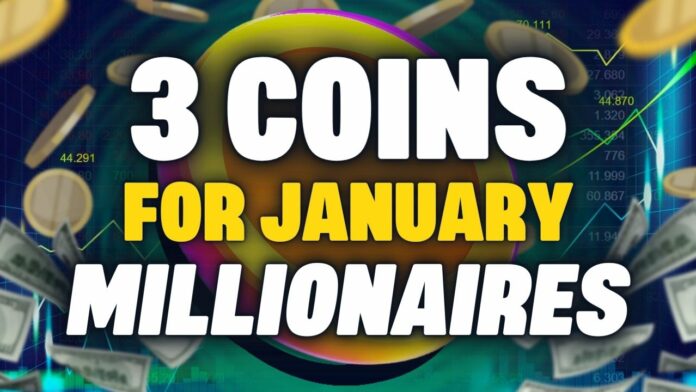 Welcome to 2023 and a Happy New Year from myself and everybody else at AB. In 2023, we all want to make good investments, right? Some that will pay off.

So, here we go with our first 3 coins. These are projects that are worth looking into this first month of the year.

Our first coin is Quant. Two months ago, I had a dedicated video about Quant. One of the storylines I highlighted was about CBDCs. That’s short for a ‘central bank digital currency’. Although they go against the idea of decentralization, CBDCs are up and coming. They are almost inevitable.

Now, Quant is knocking on the door of the CBDC space. According to Quant, CBDCs;

For example, they could have warned regulators about the brewing 2008 financial crisis. Remember the mortgage defaults that led to this crisis? CBDCs could have provided the warning signals.

However, many people have issues with CBDCs. They lack privacy and financial inclusion. As a result, CBDCs may thrive best in democracies. These kinds of governments will have most interest in how they weave privacy into CBDCs.

A potential partnership between Quant and the Bank of England is possible. There are more central banks that show interest in CBDCs. The more central banks Quant can cooperate with, the more demand there will be for their QNT token. This may make Quant the new world order coin.

Looking back at 2022, our CEO writes: "This year has been hugely positive, and I’m proud of our team who’ve worked hard putting us in an optimum position for growth. We’ve built bespoke solutions for the financial services industry to innovate at pace."https://t.co/1pkG8HRWqe

What’s your view on CBDs? Do you agree that they’re inevitable? And we move straight on to coin #2, KAVA.

KAVA is one of the networks that is part of the Cosmos ecosystem. In our most recent video, I mentioned Cosmos as the best ecosystem in 2022. For 2023, I also foresee a bright future and development for Cosmos and its ecosystem. We also had KAVA tagged in my recent video of 5 altcoins under $1.

Kava 12 launches Thursday, January 19th. This release is focused on #Kava becoming the most flexible onchain DAO in Web3.

So, Kava is guilty by association. Being in the Cosmos ecosystem is already a plus. They are a lending and borrowing platform. And, they are establishing themselves as becoming the best yield-based DeFi platform. Furthermore, they already host over 125 dApps.

Their Total Value Locked (TVL) is still small, with $169 million. However, they are up-and-coming. They have a good narrative. One of their major narratives is their Bitcoin native bridge. This allows for native BTC to bridge over to the KAVA chain. They only had BTCB. This is BTC, tokenized on the Binance Chain.

For bridging the native BTC, they use the Ren bridge. The good news is that there is a version 2 of this bridge in the making. With upgraded functionality, this is something to look forward to.

Besides BTC, Ren bridge supports the KAVA token with 8 chains. Here are some of them:

There’s also another reason to get some KAVA in your portfolio. For example, KAVA entered the market from staking unlocks and KAVA Rise awards. The latter is an incentivization program for developers. So, a great entry moment to get your hands on some KAVA.

We are big fans of the Cosmos ecosystem. Do you hold any tokens from their ecosystem? Let me about your favorite Cosmos project. And so, we get to our last token, CPOOL.

Clearpool is also a lending and borrowing market. One of their main activities is to provide uncollateralized liquidity to institutions. They launched on Ethereum, but currently they are also on Polygon. They offer single-borrower pools. This means that you decide who you want to lend to. Their pools also don’t have a lock-up period. Instead, they provide a deep exit liquidity.

🏦 Clearpool is pleased to announce the upcoming launch of its new institutional-grade marketplace — Clearpool Prime.

However, if you would like to borrow, you need to complete a KYC and AML process. The KYC, or ‘Know Your Customer’ process, identifies you to the platform. An official ID is part of this process. AML is anti money laundering. Their partner ‘Credora’ handles the KYC and AML process. Here is a guide of how it works.

Credora will also make a Credit Risk Assessment. This includes a credit risk score. They will also calculate your borrower capacity. Once you successfully pass all these requirements, you must stake CPOOL in a pool. This launched in October 2022.

What makes them interesting for us, is that they have new oracles that do the work for them. They had an oracle voting round of 12 oracles that ended on 30th December. On 2nd January, they implemented the vote results. This means that there’s a new interest rate parameter.

🥇 Clearpool was the first to:

As a result, we can see a slight improvement in the CPOOL price. With all that is going on for CPOOL, this is a justified pick for our January round of coins.  And before we close this off, here are another 3 coins that have token unlocks coming up. Always a good moment to enter!

Extra Mention of 3 Other Coins 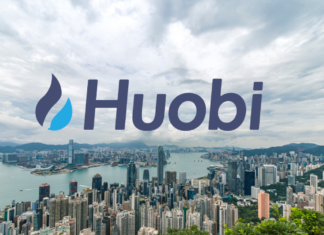 Huobi Might Delist 32 Digital Assets From Its Trading Platform

Luc Lammers - December 22, 2018 0
Huobi, one of the largest cryptocurrency exchanges in the world, is looking into 32 digital assets that are currently tradeable on its platform. According to Huobi,...

Bitrefill and Bitfinex Are Now “Partners in Crime”