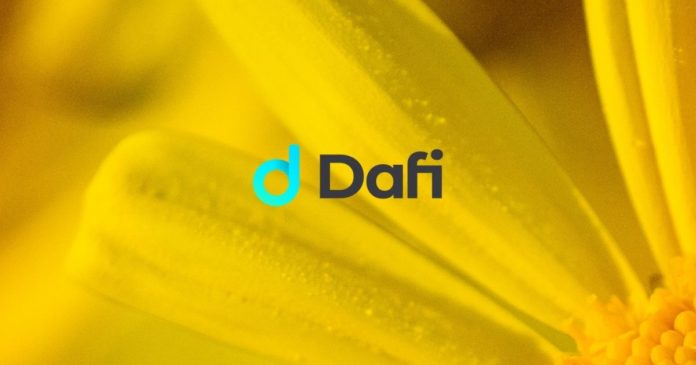 This launch follows months of hard work and commitment by DAFI Protocol team members. It is important to note that DAFI Protocol first launched its Super Staking on June 30, 2021. Therefore, making it possible for users to enjoy incentives on top chains like Binance Smart Chain, and now Ethereum.

You can now deposit your ERC-20 $DAFI into #SuperStaking for better incentives.

DAFI Super Staking is quite similar to staking 2.0, where participants get token rewards. However, with DAFI Super Staking, interested persons will receive dTokens which are specially designed to grow simultaneously with the network. As more people join the network, dTokens are also expected to increase. This, in turn, will also increase dToken holders reward.

Prior to the launch of Super Staking, the entire blockchain and crypto space was plagued by hyperinflation. Furthermore, every solution propounded to solve hyperinflation in the crypto space had major drawbacks. Solutions like Proof-of-Stake (PoS) consensus mechanism, liquidity mining, farming, staking, etc. have not quite been able to solve the issue of hyperinflation. Super Staking, on the other hand, transforms market demand volatility in the crypto, and blockchain space into rewards. Therefore, bringing a lasting solution to large inflation rates, and the subsequent devaluing of the protocol.

You can now deposit your ERC-20 $DAFI into #SuperStaking for better incentives.

Some of the amazing features of DAFI protocol’s Super Staking include:

Much-improved incentives – interested persons will earn dDAFI tokens as rewards. dDAFI is expected to increase as traffic on the protocol increases.

Available on multiple chains – DAFI Super Staking will initially be available on several chains. First on Binance Smart Chain (BSC), followed by its recent launch on Ethereum (ETH). Also, plans are in place to launch on Polygon (formerly Matic Network) in the near future.