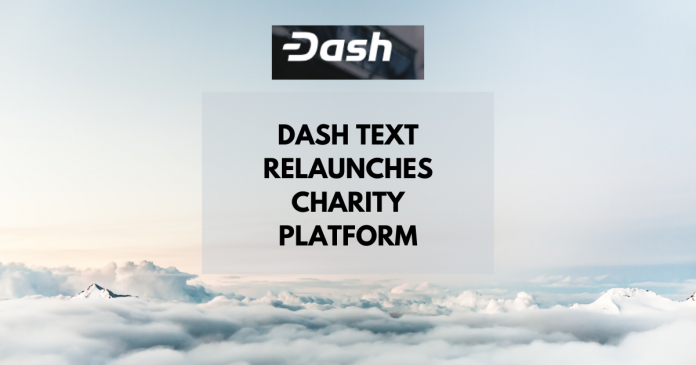 Prominent platform that can be used to send Dash via SMS, Dash Text, has re-introduced its decentralized platform for charitable giving.

This is according to a post by Dash Text’s news website. The Venezuela-based platform has revamped its charity platform, giving it a new outlook. It has also added more schools to its list of beneficiaries.

The news post disclosed that Dash Text Charity has raised 45 Dash ($3,204 USD) for the three schools that have recently been added to the program. CTO and Co-founder of Dash Text, Lorenzo Rey also revealed that each of the schools benefiting from the program has 50 students. He added: “The schools are located in different places across Caracas, all from impoverished neighborhoods”.

The charity is a distributed platform. This is a very significant feature. All donations are instantly and automatically distributed equally among the pool of end recipients.

Rey threw more light on why relaunching the platform and moving beyond the initial static QR code system is a good idea. He said: “We are launching a new payment gateway platform called Dasherpay which is the one that processes donations rather than a static QR which we used back in the pilot, and will give more details about the Dasherpay platform later on.”

Rey also added that, hopefully, the charity program will expand in the near future. He added that if donors “continue to donate to the program” more schools will be added.

Donations are not processed by an administrator, so the Dash Text Charity Platform is a trustless one. Donors have total confidence that their donations will get to the kids promptly. The platform will not deduct fees from donations except for miners fees (it is usually a sub cent). All this information can be verified by viewing the transaction hashes on the Dash blockchain.

Most Latin countries are currently suffering from hyperinflation. Venezuela is blazing the trail with an annual inflation rate of 9,072%. The country definitely needs all the help it can get. Dash Text and its Charity will help out in times like this. Just last week, the entire Dash Executives in a YouTube video meeting brainstormed about possible ways to assist Venezuela and most Latin American countries using Dash. This will, in turn, create more use cases. And much-needed publicity and awareness for the crypto space. 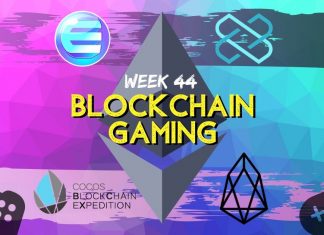 Ezekiel Ng - November 3, 2019 0
Bringing you a round-up of the most important developments in the blockchain gaming space. Find out what's happening with our exclusive overview. Let’s begin the...