DASH is forging ahead in the DApp space with the Dash Platform. It seems like the developers took serious note of the community’s suggestion at the Dash Convention Europe 2019.

Consequently, Dash Platform’s developer Ivan Shumkov introduced the “Platform Chain”. Announcing it on the official blog, Ivan explains how it makes the Dash Platform more scalable and efficient.
In the first place, the developers were in a fix as handling data transitions posed a challenge. They were left with two choices. Either create a new blockchain or use the existing payment supporting blockchain.
Now the picture is clear. Dash Platform will be running on the master node network rather than the entire one. And that is important for providing scalability and higher-performance. Additionally, it would not expose the payment supporting blockchain to any risks.
In order to meet the data and application-specific requirements of the Dapp supporting platform, the second blockchain will be utilized.
The community had some curious questions:

In the past, the Ethereum blockchain’s performance worsened as it used a single chain. In 2018, hordes of Ethereum users tried to operate smart contracts and transfer money, overloading the Ethereum blockchain. As a result transaction fees surged and transactions got delayed. And since then Ethereum scalability debate has been on.
Learning from the leaders, Dash introduced an exclusive chain for the Dash platform.
Developed to reduce the network overload, the new sidechain will lower fees and simplify the fee calculations. This is achievable because the fees will be dependent upon two deterministic elements. And those are data size and complexity.
Other significant advantages of the second chain are:
Previously, Dash’s dual consensus (PoW and PoS) set-up has been able to solve many key issues. And the expectations are high this time.
Earlier, we covered how Dash’s popularity had put it in the spotlight. 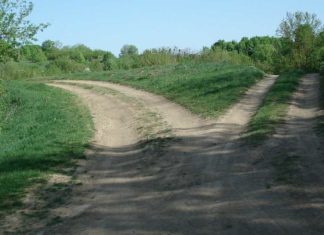 Curve and Yearn Tokens Diverge as CRV Powers Ahead of YFI

Martin Young - April 9, 2021 0
DeFi protocols Curve and Yearn Finance are connected as one relies heavily on the other for liquidity provision and pools. Respective token prices, however,...