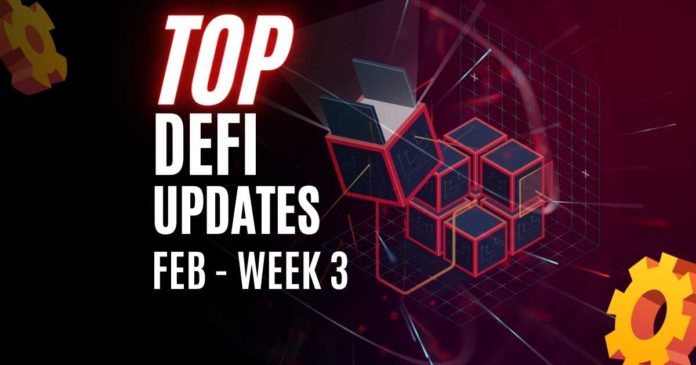 The decentralized finance (DeFi) space continues to grow exponentially in recent times. At the time of writing the DeFi space had a market cap of $104,543,839,311.

First, Supernova Finance releases details of a strategic partnership with Jupiter exchange. According to the announcement, Supernova will now offer the best available Terra USD (UST) rates on Solana.

To commemorate the partnership, Supernova also launched a giveaway event. In fact, its users have the opportunity to win a portion of the $1000 giveaway.

Also, Jupiter is a Solana-based DEX and liquidity aggregator platform.

Also, making it possible for the racing game to simulate actual racing traits. Thereby, ensuring fairness on the gaming platform.

We absolutely love @chainlink! Their verified randomness is essential to making sure our Original Racers are fairly distributed. Their Keepers tech powers our Game Loop. We really couldn't do it without them. Ask us anything about our #Chainlink integration! #NFTs #GameFi https://t.co/Wl8S0Q5rC0

tofuNFT formerly SCV Finance is now in a partnership with the Avalanche P2E and R2E game. The partnership also includes a public sale that started on February 20, 2022, at exactly 4 pm (UTC). Interested persons can buy and sell StarWars Avax NFTs after minting on the tofuNFT marketplace.

🎉We are excited to announce an official partnership with @starwarsavax, an upcoming #P2E/#R2E game on #Avalanche.

Trading of UST on Kraken will, however, not be available to Japanese residents.

Get all the details in our blog: https://t.co/H7Nir93xsU

* Trading is not available to clients in Japan. pic.twitter.com/cZtZwUcT78

Interestingly, Varen X is focused on ensuring DeFi stays accessible to the masses. Its launch on Polygon brings this goal closer to fruition.

VarenX is now on Polygon! 🎉

Read all about it in our launch post: https://t.co/cssBarJNHF

The first-ever DAO2DAO revenue sharing model is set to go live. Jeremy Musighi confirmed this announcement during the much-anticipated Ethereum Denver Event. According to the announcement, this is a major milestone achievement for the DAO ecosystem. Bringing it closer to achieving a permissionless DAOs ecosystem.

Interestingly, the DAO2DAO sharing model will provide pools with approximately 10 – 15% of their fees.

Today on @EthereumDenver stage @immutbl announced the first DAO2DAO revenue sharing model, approved by the community this week. This is a big step towards a permissionless DAOs ecosystem growth. @BalancerLabs
Read more 👇 pic.twitter.com/lsNQj1yZVj

DeFi DEX and CEX aggregator platform Orion Protocol has made adjustments to its Governance staking rewards.

According to reports, governance staking rewards on Orion have been doubled. And now stands at approximately 20% APR.

Main Net Staking is a deflationary model that rewards $ORN holders from protocol fees. APR has almost doubled with the addition of several protocol fees:

Benqi Liquidity staking is now live on the Avalanche Platform. This announcement closely follows the completion of Benqi’s audits by Halborn Security. The liquidity launch is also currently capped at 250,000 AVAX tokens.

1/ We are thrilled to announce the release of BENQI's Liquid Staking Protocol on #Avalanche !

Trader Joe recently entered into a strategic partnership with Fief guild. According to reports, the partnership is aimed at launching The White Knight. The White Knight is a fair launched project with more than $9 million in Seed LP and plans to double its farm reward on February 24.

Congratulations to the @FiefGuild Team 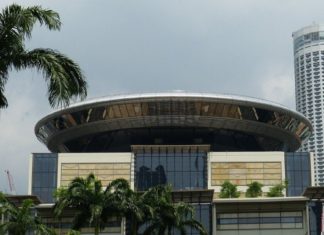 Racheal - January 10, 2021 0
Cryptocurrency usage in Singapore is on the rise. Hence, the need for better crypto regulations to guide crypto activities in the country. In line with...

eToro adds Zcash to Its List of Tradeable Assets